Words and Their Stories: Let's Do Business

Update Required To play the media you will need to either update your browser to a recent version or update your Flash plugin.
By Jill Moss
15 September, 2012

There are many special terms in the world of business.

The following story is about a sweetheart deal which I made last week. I made the deal with a friend, and we both made a profit. 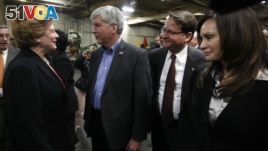 Small Business Loans
I had started a small company several years ago. I worked hard to make it successful. It was a sign-making business. It was a small company, not a blue chip company. It was not known nationally for the quality of its signs. It did not make millions of dollars in profits. And it was private. It was not a public company with shares traded on the stock market.