Update Required To play the media you will need to either update your browser to a recent version or update your Flash plugin.
By Paul Thompson
2012-5-12

Photo: AP
Artie Shaw is shown playing a clarinet at an unknown location in 1941

DOUG JOHNSON: I'm Doug Johnson with PEOPLE IN AMERICA in VOA Special English. Today we tell the story of a musician who led one of the most popular American bands during the nineteen thirties and forties. His name was Artie Shaw. Listen for a few minutes to one of his many hit songs. This one is called "Frenesi." Artie Shaw plays the clarinet.

On December thirtieth, two thousand four, Artie Shaw died after a long sickness. He was ninety-four years old. He was the last great musician and bandleader of what has been called the "Big Band Era." Some of the others were Benny Goodman and Glenn Miller.

In the nineteen thirties and nineteen forties Artie Shaw was one of the most popular musicians and bandleaders in the United States. Just a few notes from his clarinet could start people dancing. His music sold millions of records.

It still is difficult to listen to an old Artie Shaw recording and not tap your foot in time with the music. Or want to dance. Or sing along with his great sound.

Listen to Shaw on the clarinet and his band play part of a song recorded in Hollywood, California in nineteen forty. It is called "Summit Ridge Drive."

Artie Shaw was born in New York City in nineteen ten. His name was Arthur Arshawsky. His parents were poor immigrants who had come to the United States from Eastern Europe. His family later moved to New Haven, Connecticut. 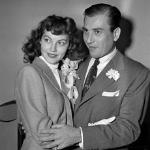 At the age of fourteen, he began to play the saxophone and then the clarinet. From a very young age, Artie Shaw wanted to play his clarinet better than anyone. He wanted his sound and music to be perfect. He worked at this task much of his life.

He began working as a professional musician when he was fifteen. He left home and began playing in bands across the United States.

In nineteen twenty-seven, young Artie Shaw traveled to Chicago, Illinois to hear the great trumpet player, Louis Armstrong. He immediately understood that Armstrong's great jazz sound was the beginning of something new and exciting. Artie left Chicago with a growing interest in jazz music. Soon after, he moved to New York City.

He got work playing the clarinet for the Columbia Broadcast System radio network. In nineteen thirty-six, he was given a chance to form a small group and play at New York's famous Imperial Theater on Broadway. His group was not the top band in the show. But the crowd loved his music. This proved to be a major step in his career.

Artie Shaw was always trying something new, something different. He heard a young black woman sing and hired her for his band. This was the first time that a black woman sang with white musicians. Racial separation was the rule in many states. Artie Shaw did not care.

The young singer was Billie Holiday. She would become very famous within a few years. Listen as Billie Holiday sings with Artie Shaw's band. This recording was made in nineteen thirty-eight. It is called "Any Old Time."

That same year, Artie Shaw and his band recorded what would be one of their most popular songs. It sold millions of records. It still sells several thousand each year. Shaw was surprised that it became so popular. The song is "Begin the Beguine" written by Cole Porter.

Artie Shaw was well known before he recorded "Begin the Beguine." But that record made him extremely famous. He and his band earned as much as sixty thousand dollars each week. That was a huge amount of money then. However, the fame caused problems for Shaw. He could not go anywhere without being recognized. He no longer had a private life. 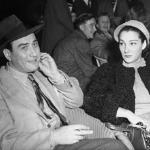 Artie Shaw was married eight times. Two of his wives were Lana Turner and Ava Gardner. They were the most famous and beautiful Hollywood actresses of that time. Those marriages increased his fame and made it even harder to have a private life. The fame may have helped lead to the failure of his marriages.

His attempts to create better music also caused problems for Artie Shaw. Many years later, he said people always wanted to hear the old songs he had recorded. They did not want to hear new music he was writing. He did not like playing the same old songs again and again.

Critics have always said his playing was very special. Sometimes Shaw did not follow the music. He would improvise. This means he would play the music as he felt it. He often took a song that everyone knew and changed it so it sounded very different.

Listen to Artie Shaw improvise with a song called "Stardust." It was recorded in nineteen forty. It was another major hit for Shaw and his band and sold millions of records.

Artie Shaw made his last public appearance as a musician in nineteen fifty-four. He said the struggle with fame and trying to produce a perfect sound was destroying him. He was only forty-four years old. He never played the clarinet again.

Artie Shaw wrote several books in his later years. He wrote stories for magazines. He spoke about music at colleges and universities. But he had very little to do with the world of recording or music. During those years however, he received many awards and honors for his music. These included a Hall of Fame award from the National Academy of Recording Arts and Sciences.

Music experts will tell you that Artie Shaw was one of the best of the big band leaders and musicians. Much of his work from so long ago is still fresh and exciting today.

We leave you with one more Artie Shaw song. He recorded it in nineteen forty. It is called "Blues." Listen as Artie Shaw makes his clarinet fly.

This program was written and produced by Paul Thompson. Bob Doughty was our engineer and I'm Doug Johnson. Listen again next week for another PEOPLE IN AMERICA program in VOA Special English.