American Phrases for Warning or Advising Someone

Update Required To play the media you will need to either update your browser to a recent version or update your Flash plugin.
By Alice Bryant
02 July 2020


The other day, I started crossing a busy street in Washington, D.C., while looking at my phone. Suddenly, I heard a man shout, "Watch out!" He was telling me about an oncoming car. I did not know that the crossing light was red. The words "Watch out!" made me quickly return to the sidewalk.

I learned something that day: Phones can be distracting! And I remembered how useful warnings are.

To warn someone means to tell the person about possible danger or trouble. In English, there are several ways to do this.

Today on Everyday Grammar, we will talk about warning phrases Americans use in different situations.

Some warnings are urgent and immediate. Others are a form of direct or indirect advice — often about what not to do. 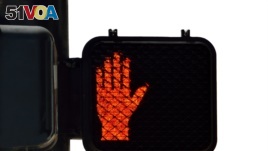 Let us talk first about warnings of immediate danger.

When warning someone of danger, you can say, "Watch out!" just like the man said to me on the street. You can also say, "Look out!" or "Be careful!"

For example, it could be that a moving vehicle or large animal is near. Or you might want to tell someone quickly that they will fall or crash into something or someone. Or you see a heavy object is going to drop or hit someone.

Listen to these warnings:

Look out for that tree!

Watch out! There's a car coming.

Be careful! The floor is wet.

Americans often say, "Careful!" instead of "Be Careful!" Short, quick warnings of danger can be very effective.

Note also that we sometimes use "Careful" or "Be careful" in situations that are not urgent. For instance, if someone touches a valuable item and you want them to do it carefully, you can say, "Please be careful." Or, if someone you know plans to walk around alone at night, you can tell them to be careful.

Another kind of warning is an indirect warning, sometimes called a weak warning. These are just like giving advice — yet they are advice about what not to do. You probably would only give such warnings to people you know.

Indirect: I wouldn't if I were you

One of the most common ways we advise someone against doing something is with the phrase, "I wouldn't...if I were you."

I wouldn't eat that if I were you. It's been sitting in the refrigerator for two weeks.

Some Americans leave out the if-clause "if I were you." Here is what that sounds like:

I wouldn't eat that. It's been sitting in the refrigerator for two weeks.

I will say more about using if-clauses in warnings shortly.

Indirect: I don't think you should

Another phrase we use in advising about what not to do is "I don't think you should." Here is an example:

I don't think you should take off your mask. You might spread or catch the virus.

Again, keep in mind that a phrase like "I don't think you should" is something we would not use on strangers.

One kind of direct warning tells someone that something bad will happen if he or she does or doesn't do something. For these, we usually use a conditional clause, also called an if-clause, which expresses a condition.

Listen to some examples:

If you go hiking alone, you will get lost.

I am going to take your electronics away if you don't finish your schoolwork.

In both examples, the if-clause appears on one side of the sentence. The result appears on the other side.

Other strong warnings involve direct commands about not doing something. These often begin with the word "Don't." Take a listen:

Don't check your phone when crossing the street.

I'll be back in an hour. Don't answer the door for anyone.

Notice that the subject is missing from the start of both commands. You may remember that, in English, the command form leaves out the subject.

Keep in mind that some of these commands can be considered friendly advice, such as when we say "Don't forget..." like this:

Don't forget to bring water. You got thirsty the last time.

Another kind of warning is an explicit warning. We give these to prepare someone for an unpleasant experience.

In explicit warnings, Americans usually use the word "warning," saying things like, "I'm warning you" or "I must warn you." Depending on the situation, these can be friendly — or they can be threats.

Here is a friendly explicit warning:

OK, we can do it that way. But just a word of warning: It will be much more difficult.

And, finally, an example of an unfriendly threat:

I'm warning you: If you do that again, there will be problems.

Oh, no! I don't like the sound of that. Hopefully, you never hear that one being used.

Well, that is our program for this week. But just one last warning: If you don't try the grammar exercise, you will miss a chance to practice your English.

Now, you try it! Give a warning for each of these situations.

1-At the zoo, you notice your niece is standing close to a fence. A large animal is walking quickly toward her. What do you say?

2-Your family wants to go to a famous restaurant. You are willing to go but want to tell them that the food is very expensive. What do you say?

3-At the library, you don't know that a chair is broken as you begin to sit on it. What should someone say to you?

4-A friend tells you he/she is going to take a flight. But you don't think that is a good idea because of coronavirus. What do you say?

5-There is broken glass on a supermarket floor. A stranger does not see the glass and is going to step on it. What do you say?

6-You are driving to your friend's house as a heavy rainstorm begins. You are on the phone with this friend. What should he/she tell you?

refrigerator - n. a device or room that is used to keep food and drinks cold

clause - n. a part of a sentence that has its own subject and verb

hiking - n. The act of walking a long distance especially for pleasure or exercise

thirsty - adj. having an uncomfortable feeling because you need something to drink

practice - v. To do something again and again in order to get better at it

fence - n. a structure built outdoors that separates two areas or prevents people or animals from entering or leaving