Words Come and Go in English

Update Required To play the media you will need to either update your browser to a recent version or update your Flash plugin.
By David Sullivan
26 June, 2015


For VOA Learning English, this is Everyday Grammar. This week's Everyday Grammar is by a guest author, David Sullivan. He is Assistant Managing Editor at The Philadelphia Inquirer, and Vice President of the American Copy Editors Society.

Part of the reason that English has grown as a world language is that it adjusts easily to change. Unlike some other languages, there is no "official" English that must be used generation after generation, and there never has been.

However, this means that what one was taught as a child in school may be out of fashion a couple of decades later. Slang is meant to come and go, but when common phrases change, it can make speakers feel "wrong" because they were taught that something else is "right." 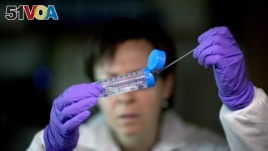 One example of this is a term linked to school itself. Today, it is common for people to say that they "graduated high school" or college. The word "graduated" has two common meanings. One is to mark off a series. The easiest way to think of this is to go back to high school chemistry class and remember the tubes used for experiments. They are called "graduated cylinders" because they have lines to show how much liquid to add: 10 milliliters, 20 mL, and so on. The lines make up a series.

The other meaning is closely related. As you move through school, you cross off a series of achievements: grade school, middle school, high school, and college. So, in a way, school itself is "graduated."

But as happens often in English, when people understand your meaning, smaller words, verb forms, and other parts of speech can disappear. "I graduated college today" is easy to say. Sometimes written language reflects the spoken one, sometimes it does not. In this case, usage has moved rapidly toward "graduated college" as acceptable, if not correct.

This may upset people who were taught that you had to use "from" to be correct. But this is not the first time this phrase has been simplified. It used to be that you said, "I was graduated from college," instead of, "I graduated from college." The change may reflect how we think about the student and the university. Before, the emphasis was on the college: It graduated you. Now, the emphasis is on the student: I graduated.

A search in Google's NGram Viewer shows a sharp fall in the number of times people used "was graduated from" between 1920 and 2000. The phrase "graduate college" increased from 1930 to 2000.

You can't predict what English will keep and what it will lose. Who could imagine that we would still say we "dial" a phone number when we now push buttons on our cell? Yet we know what it means. And, of course, "dial," like "text," at one time was only a noun, not a verb. You looked at a sundial or the dial of a compass.

People complain that English uses too many odd spellings, like "through" or "doughnut." Many want to change them to simpler spellings. When it comes to speaking, though, modern English speakers get to the point quickly. The question is, why are we complaining?

David Sullivan, Assistant Managing Editor at The Philadelphia Inquirer and Vice President of the American Copy Editors Society, wrote this story for Learning English. Dr. Jill Robbins was the editor.

generation – n. a group of individuals born and living about the same time.

slang - n. words that are not considered part of the standard vocabulary of a language and that are used very informally in speech

cylinder - n. a shape that has straight sides and two circular ends

emphasis - n. special importance or attention given to something

complain - v. to say or write that you do not like something

Now it's your turn. Do people complain about changes in your native language? Have you noticed other changes in the way English is used? Let us know in the comments section.