Update Required To play the media you will need to either update your browser to a recent version or update your Flash plugin.
By Anna Matteo
28 September, 2019

On this show, we explain where words and expressions in the English language come from, and -- probably more important for those learning to speak English -- how we use them.

Our show today starts off with a bang. 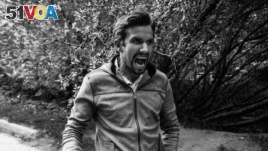 Explosive people react violently to even small things. Read on to learn more ways to talk about this personality type.

Yes, that was the sound of an explosion. When I said the show will start with a bang, what I meant to say is that it will open with a lot of energy and excitement. That is how we use the phrase "with a bang."

But since we are here, let's talk about the words "explode" (a verb), "explosion" (a noun) and "explosive" (an adjective).

You probably know all three words. An explosion is often loud and dangerous. And it can cause much damage. But you might not know that English speakers often use the word "explosive" to describe other things. Events or issues that are "explosive" are likely to happen suddenly and violently. And explosive people can be suddenly violent.

There are a few words we often use with "explosive." These word pairings are good to know for two main reasons. One: they are "go-to" terms that make word choice easier. And two: Your spoken English will sound more natural, more like a native speaker.

It is important to note that not all "explosive" pairings are bad. An "explosive laugh," for example, is not violent. It is simply laughter that happens suddenly and loudly. And if a company experiences "explosive growth," the business grows greater than expected and in a shorter amount of time.

But generally speaking, we use "explosive" word pairings when talking about bad things.

Let's talk more about that last one.

Someone with an explosive personality blows up at the smallest thing. And this can cause problems. Explosive people are quick to have a hostile or even violent reaction to something. You could say they have a short fuse.

Many explosives, especially older ones, usually have a fuse. You light the fuse to set off the explosion. So, someone with a short fuse explodes at even small things. They are volatile!

This is the opposite of a long fuse, which takes longer to set off an explosion. People have time run away and take cover. But a short fuse can be dangerous. People don't have time to escape. So, people with short fuses can be dangerous to be around. You never know when they will blow up! We often use the term "blow up" to mean lose your temper.

Another expression with a similar meaning is time bomb. Sometimes we say someone is a ticking time bomb. This means we are not sure when this person is going to get angry, but we are sure that he or she will.

Another term that describes a dangerous or unpredictable situation is powder keg.

Many years ago, a powder keg was a small container used to hold gunpowder. These days, a powder keg is something that is likely to explode. We usually use this term to describe a situation that is ready to blow up.

I hope you enjoyed this program on explosive terms. Use them the next time you need to describe something exciting or violent.

And that's Words and Their Stories for this week. Until next time!

We like explosion that leave you feeling good. We like ideas that change the world for good.

Anna Matteo wrote this story for VOA Learning English. George Grow was the editor. The song at the end is Devo singing "We Like Explosions."

temper – n. heat of mind or emotion : proneness to anger

volatile – adj. likely to change in a very sudden or extreme way : having or showing extreme or sudden changes of emotion : likely to become dangerous or out of control