Update Required To play the media you will need to either update your browser to a recent version or update your Flash plugin.
By Bryan Lynn
13 December, 2017


One of the most-used features of mobile devices is the camera. The quality of photos has improved greatly and many apps exist for creating useful and fun picture effects.

Google just released three new apps designed to help users get the most out of their cameras.

In an online announcement, Google said the new apps are part of a research project that explores experimental technologies. It calls these app experiments "appsperiments."

Google says this idea came partly from its Motion Stills app, which launched in 2016. The app can create short, shareable clips or images from video. Motion Stills began as an experimental app that Google released to users while it was still being developed. 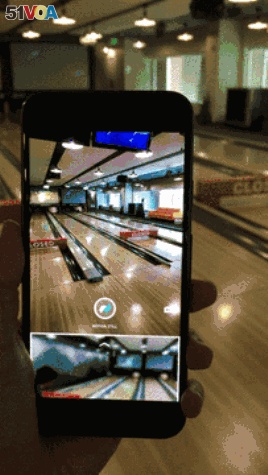 Motion Stills, which began as an experimental app, can create short, shareable clips from video. (Google)

The company says the three new mobile photo apps are built on technologies that are still in development at Google. The software has been tested and is fully operational for users, but will continue to be developed and improved over time.

Google says the new photo apps are powered by machine learning technologies. These include tools to improve the recognition of people and objects. The apps also use algorithms to automatically create many different style effects.

The first of Google's new photo apps is called Storyboard. This tool takes videos and turns the footage into a series of frames on one page in comic book style. The software works in a similar way to the hugely popular Prisma photo app.

Google's machine learning technology automatically chooses interesting video frames and places them in a particular order. Users can choose to save these app-created images or to have new ones made. Google says the image combinations are endless, with an estimated 1.6 trillion possibilities.

Google's second new app, called Selfissimo!, is designed to make it easier for people to take their own selfies in black and white, photo booth style.

Selfissimo! lets users launch their own photoshoot just by touching the screen. Users can then pose in different positions – either by themselves or with others – and the camera automatically takes a picture when they are not moving.

Touching the screen again stops the app. The user can then review the captured selfies and decide whether to save single photos or the whole photo booth style-page. 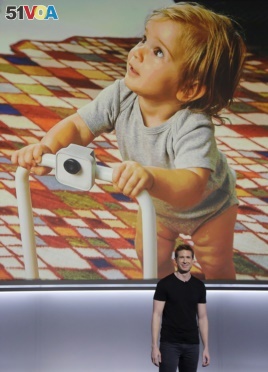 This purpose of this app is similar to Google Clips, which was released in October. Google clips is a separate camera, not built into the phone, that can be placed anywhere to take pictures by itself. This "smart" camera uses machine learning to automatically choose the best times and conditions to capture good photo moments.

The third of Google's latest photo offerings is Scrubbies. This app lets users change the speed and direction of video playback to produce a variety of special effects.

Scrubbies allows the easy creation of video loops by touching the video directly on the device screen. The app lets users move the video back and forth and even produce DJ-style "remix" videos.

Google says its new photo-related "appsperiments" are just the beginning in a series of experimental apps to launch in the future.

We want to hear from you. Give these apps and try and let us know what you think! Write to us in the Comments section, and visit 51VOA.COM.

software – n. programs that run on a computer and perform certain functions

style – n. a particular form or design of something

frame – n. an arrangement of parts that form the basic shape of something

selfie – n. picture people take of themselves, especially using a camera on a mobile device

screen – n. surface on which an image appears on an electronic device

pose – v. to stand, sit, or lie down in a particular position as a model for a photograph, painting, etc.

loop – n. a series of functions repeated over and over