Helping Children Too Much Is Hurting Them

Update Required To play the media you will need to either update your browser to a recent version or update your Flash plugin.
By Anna Matteo
29 February, 2016

"Helicopter parenting" describes a style of raising children where parents are over-protective and do too much.

The term was used for the first time in the late (nineteen) sixties. It describes parents who hover over their kids at home and at the playground like a helicopter. Today, modern technology allows these helicopter parents to hover from even far away. They can give their children directions at any moment from anywhere. 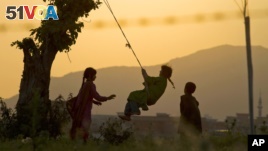 Author Julie Lythcott-Haims wrote a book titled How to Raise an Adult: Break Free of the Overparenting Trap and Prepare Your Kids for Success. In her book, she gives readers a closer look at this parenting style. She also explains why parents should stop it.

Julie Lythcott-Haims says she experienced the effects of helicopter parenting firsthand when she worked as dean of first year students at Stanford University. The incoming students, or freshmen, she says, were very smart and accomplished on paper. But many were unable to take care of themselves.

"They were turning to parents constantly for guidance, for problem solving, to have them make the choice about something."

Oftentimes, Lythcott-Haims had to remind those parents that their kids were old enough to take care of themselves. However, one evening she discovered that she too might be a helicopter mom.

"I came home one day - my own kids were 8 and 10 at the time - and I leaned over at dinner and began cutting my 10-year-old son's meat. And I realized, 'Oh my goodness, I'm over-helping my 10-year-old. He should be able to cut his own meat! It's my job to teach him. I haven't done that.' I'm on track to being one of those parents.' I that's when I began to develop real empathy for parents and realized we're over helping with the best of intentions."

"Over-protective. Parents who think the world is scary and unsafe and unpredictable. And therefore, I must protect and prevent."

"Second type is the over-directive type -- the parent who says, I know best what leads to success and you will do as I say. You'll study these topics, you'll do these activities and you will be highly achieving at all of it.'"

3. And then there is the concierge parent. The concierge at a hotel is the person who takes care of all your needs and makes your stay as perfect as can be.

"The third type is the concierge -- the parent who just wants to make life smoother -- from waking their kid up, to keeping track of their deadlines, to making sure they haven't forgotten anything, to having those tough conversations with the teacher to outright helping with the homework or maybe doing the homework for the kid." 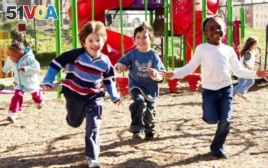 Letting your child experience the normal bumps and bruises of childhood is good for them.

Lythcott-Haims warns this kind of parenting has many short-term wins but long-term costs that harm the child. She uses an area common to most children – a playground. Lythcott-Haims suggests letting your child get a little hurt.

"If you're at the playground next to them, if they fall or slip, you're right there to catch them and they do not suffer, you know, the bruised knee or whatever it might be. If you're helping with your kid's homework, they are going to get better grade. Those are the short-term wins. The long-term cost is -- if your kid doesn't learn how to manage their own body on a playground, which is a lesson only learned by falling a few times -- they don't learn the long-term lesson."

If you do your child's homework, it will be perfect. That is what she calls the short-term win. The long-term cost is that your child may not feel capable. And they not become a persistent learner, meaning they will give up easily when faced with a difficult problem to solve.

"If you're always helping with their homework, what you're effectively telling them is, ‘Hey, kid, you're not capable of being a fourth grader. Don't worry. I'm going to help with your homework.' They begin to feel less capable. They begin very reliant on parents to correct and perfect their academic work. It's not preparing them to be the persistent learners who will be successful in life.

So what can parents do if they want to break the over-parenting "helicopter" cycle? Lythcott-Haims offers four ways to stop hovering over your children.

When kids have all the skills to take care of themselves, Lythcott-Haims says, they will be prepared for adulthood.

Faiza Elmasry reported on this story for VOANews. Anna Matteo adapted it for Learning English. Hai Do was the editor.

Are you a "helicopter parent"? Or were your parents a little too protective? We want to hear from you. Write to us in the Comments Section.

hover – v. to float in the air without moving in any direction, as with a helicopter

firsthand – adj. coming directly from actually experiencing or seeing something

empathy – n. the feeling that you understand and share another person's experiences and emotions; the ability to share someone else's feelings

intention – n. done in a way that is planned

bruise – n. a dark and painful area on your skin that results from an injury

reliant – adj. needing someone or something for help or support

advocate – n. one that supports the interests of another