Melanoma Can Happen on Skin That Does Not Get Sun

Update Required To play the media you will need to either update your browser to a recent version or update your Flash plugin.
By Hai Do
10 June, 2019


Melanoma is an often deadly skin cancer that can develop when a person spends too much time in the sun without protection. But medical doctors now say the disease can form even with little time out in the sun.

"Melanomas can occur anywhere on the body, not only in areas that get a lot of sun," Doctor Kucy Pon told Reuters by email. She said the most common place for melanoma in men is the back, while for women it is their legs.

In a new study, Pon and co-writer Robert Micieli warn about the danger of melanoma. They say it makes for only about 1 percent of skin cancers but causes the majority of skin cancer deaths. Their research recently appeared in the Canadian Medical Association Journal.

More than 90 percent of melanomas are caused by too much ultraviolet radiation. They said the radiation could come from the sun or from special sun lamps used at tanning salons – places people go to darken their skin.

The two researchers note that radiation from the sun is not the main cause of some melanomas on body parts like the hands, the bottom of feet, and the inside of noses. Instead, they say, the cancer's development may more closely look like how non-skin cancers form. 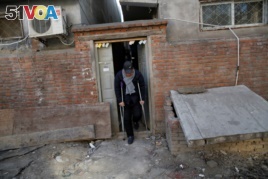 Pon said cases of melanoma have been rising over the last 30 years. It is estimated that 192,300 new cases are expected in the United States in 2019.

Pon added that the disease can affect anyone, with any skin color. Older people, those with skin markings called moles, and people with a family history of melanoma are especially at risk, however.

"The first sign of a melanoma is an unusual looking mole or freckle," said Pon. But she warned that, in one of every 10 melanoma patients, the melanoma may have no color at all and is difficult to notice.

"These un-pigmented melanomas may be pinkish-looking, reddish, purple, normal skin color or ...clear and colorless," said Doctor Ronald Moy. He is a skin specialist from Beverly Hills, California, and a spokesman for the Skin Cancer Foundation.

Moy said in an email that these un-pigmented melanomas can look like other forms of skin cancer. Even worse, they can be mistaken for harmless moles or scars. This is especially dangerous, because early detection is critical for successfully treating melanoma.

"Prevention and early detection are key," said Doctor Emily Newsom, who is with UCLA Health in Los Angeles, California.

Skin specialists advise people to use sunscreen repeatedly and to wear sun-protective clothing and a wide hat to cover one's face.

Dr. Jeffrey Farma leads the Melanoma and Skin Cancer Program at Fox Chase Cancer Center in Philadelphia, Pennsylvania. He said researchers have made "tremendous breakthroughs" in learning about the genes involved in melanoma. As a result, researchers have been able to treat advanced melanoma and improve the survival rate.

Hai Do adapted this story for Learning English based on Reuters news reports. Ashley Thompson was the editor.

Is sun protection important where you live? Write to us in the Comments Section or on 51VOA.COM.

tanning - n. the act or process of darkening your skin by exposing it to the bright light of the sun or a special lamp

detection - n. the act or process of discovering, finding or noticing something