Update Required To play the media you will need to either update your browser to a recent version or update your Flash plugin.
By VOA
16 November, 2014


They are the same as you and me in many ways. But in one important way they are very different. They have more power, more influence and more money -- in fact, a lot more money. Billions more.

The world's super-rich are the subject of a new book called "Billionaires: Reflections on the Upper Crust." In American English, the term "upper crust" describes people who belong to the highest social class. Members of this class are not always wealthy, but often are.

Darrell West wrote the new book. Mr. West is the director of governance studies at the Brookings Institution, a policy group based in Washington, DC. 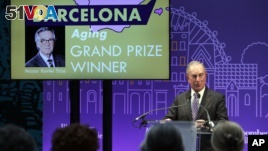 "What I wanted to do was just kind of do a serious analysis of billionaires in terms of who they are, how they got their money, how they're using their money, and also just what they're like personally because I think many people are just curious about these individuals."

Who exactly are the world's billionaires? Mr. West examined the Forbes billionaires list. He found that 90 percent of those listed are male, "65 percent are white and 60 percent are 60 years of age or older." Twenty-six percent are of Asian ancestry "and only two percent are under the age of 40." Mark Zuckerberg, for example, is the founder of the social networking service Facebook. He is 30 years old. Forbes estimates he is worth over $33 billion.

Darrell West found that the United States is home to nearly one-third of all known billionaires, and eight of the 10 wealthiest people in the world. A group that reports on billionaires says about 65 percent of them created their wealth. In other words, it was not given to them by their parents.

Years ago, great wealth was made in areas like steel manufacturing, finance, automobiles, mining, energy and communications. But today, the richest Americans are more likely to have ties to computer software companies, business investments and retail businesses. Microsoft's founder and former chairman Bill Gates is at the top of the list. He is reported to be worth more than $82 billion. Another famous billionaire is investor Warren Buffet. Forbes says he is worth about $70 billion.

American billionaires spend tens or hundreds of millions of dollars in support of political campaigns. Some own media companies and use them to influence issues, candidates and office-holders. They often use their power in secret to gain special treatment for their interests. Mr. West says he is worried about this "combination of wealth and secrecy." He believes it affects how governments operate and may limit social and economic opportunity.

But billionaires are not always successful in their efforts to influence politics. Many wealthy Americans supported former Massachusetts Governor Mitt Romney in the US presidential election two years ago. But Mr. Romney lost to President Barack Obama.

Some billionaires have been supporting immigration reform and gun control. But they have not been successful in persuading Congress to change the laws governing those issues. 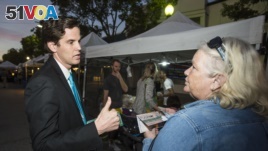 Some billionaires have attempted to change the country's education system. Marshall Tuck was a candidate for the top education position in California. He received campaign donations from a number of billionaires who support reforms in education. The group included Michael Bloomberg, the former mayor of New York City. But earlier this month, Mr. Tuck lost in his effort to become California's superintendent of education.

Writer William Lind believes that American billionaires are not as powerful as one might think. Mr. Lind is a fellow at the New America Foundation.

He recently wrote about billionaires for Politico magazine. He says American billionaires have successfully influenced only a few social policies. He says they have failed in their attempts to reform America's immigration policy. He says billionaires have not succeeded at forcing changes to government programs set up to help older Americans and pay for their health care. And they have not been able to change the education system in the way they want.

"I think the idea that the rich get their policy preferences without any significant opposition, that's simply not the case. There are issues where wealthy people do get their way, and those tend to be issues where the public is inattentive or doesn't have strong views."

William Lind says politicians in democratic countries often like to please people who give them money for their campaigns -- especially rich donors. But he says an officeholder may act differently if he or she believes that supporting a position will lead to his or her removal from office.

"Voters still count. They make a difference. The voters actually do have their own views. In a way this narrative that the rich own all the politicians and brainwash all of the people to vote against their interests it shows not only a lack of acknowledgement of the extent to which voters still have independent power, but it, it shows a kind of a contempt for the intelligence of voters -- it assumes they're just easily brainwashed by advertisements bought by rich people."

Darrell West says billionaires have a lot of power. But he agrees with William Lind that people in democracies also have power, helped by the news media. He says the more billionaires there are in a country, the less power each one has.

"I think the United States is well-positioned to have a politically-competitive system, just because we have 500 billionaires, they often don't agree on the issues -- and so there's a classic ‘divide and conquer' phenomenon. When you go to other countries, where they have a very small number of billionaires and they're often in cahoots with the government leaders, I would be much more worried about that situation than the American situation."

Darrell West says governments need to put in place policies that help citizens know more about the activities of rich people in their country.

super-rich – adj. very or extremely wealthy; having a lot of money and possessions

social class – n. a group of people in a society who are at the same economic and social level

influence – n. the power to change or affect someone or something; the power to cause changes without directly forcing them to happen

assets – n. something that is owned by a person or company -- usually plural