Update Required To play the media you will need to either update your browser to a recent version or update your Flash plugin.
By Jonathan Evans
31 December, 2018


People around the world are saying goodbye to what many considered to be a troubling year.

The Pacific island nation of Kiribati was the first in the world to ring in the new year. In the capital Tarawa, many celebrated with church services and mostly quiet private events.

In Auckland, New Zealand, tens of thousands of people gathered around the 328-meter Sky Tower to watch a fireworks show. In other places, huge crowds gathered on beaches and streets as fireworks went off above city centers and seaports.

An estimated one million people crowded the Sydney Harbor, as Australia's largest city began the new year with a memorable fireworks celebration. More than 1 billion people around the world were expected to watch the fireworks on television. This year's fireworks show was one of the most complex in Australia's history. 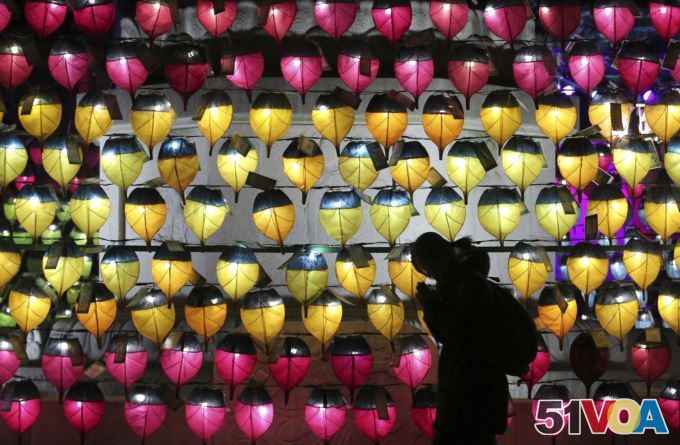 A woman prays in front of a wall of lanterns to celebrate the New Year at the Jogyesa Buddhist temple in Seoul, South Korea, Monday, Dec. 31, 2018. (AP Photo/Ahn Young-joon)

Thousands of South Koreans were expected to fill the streets of the capital Seoul for a traditional bell ringing ceremony near City Hall.

And North Korean leader Kim Jong Un is expected to give his yearly address on New Year's Day. In his New Year's speech last year, Kim spoke of talks with South Korea to reduce tensions and said the North would be willing to take part in South Korea's Winter Olympics. 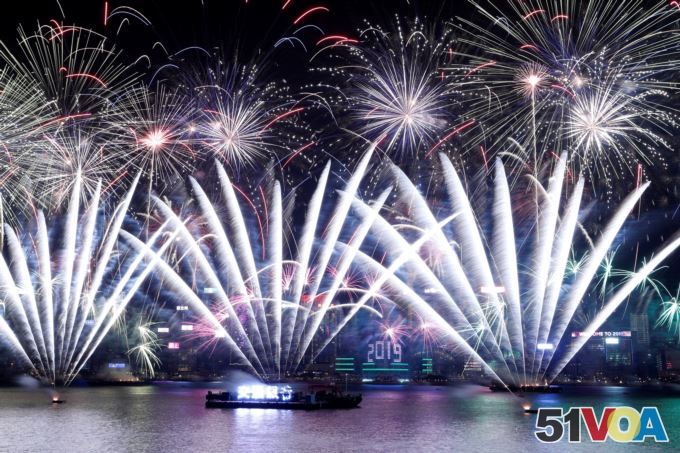 Fireworks explode over Victoria Harbour and Hong Kong Convention and Exhibition Centre during a pyrotechnic show to celebrate the New Year in Hong Kong, China January 1, 2019.

New Year's Eve is not celebrated widely in mainland China. The lunar New Year in February is a more important holiday. But countdown events were being held in major cities.

Beijing held an event with important guests at the main site of the 2008 Summer Olympics. The event looked ahead to the 2022 Winter Games, which will also be held in the Chinese capital.

In Hong Kong, the city's tallest building was brightly lit. There also was a show of fireworks, music and lights over Victoria Harbor. About 300,000 people were expected to gather along the port. 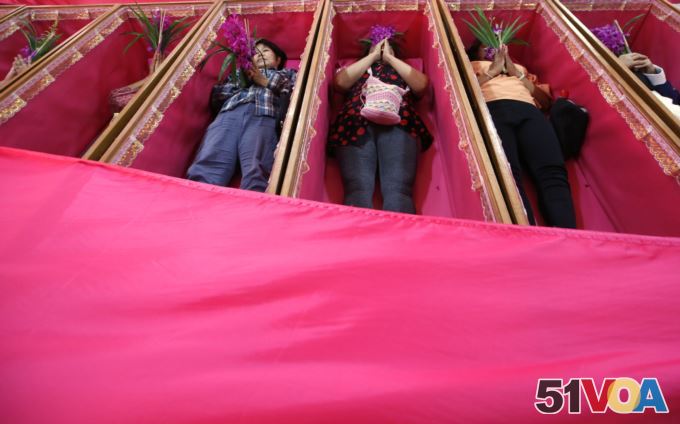 Worshippers pray as they take turns lying in coffins at the Takien temple in suburban Bangkok, Thailand Monday, Dec. 31, 2018.

Hundreds of Thais traveled to a Buddhist religious center near the capital Bangkok to lie inside coffins for traditional funeral rituals. Those who take part believe the ceremony removes bad luck and permits them to be born again for a fresh start in the new year.

Workers in New York's Times Square perform a test on Sunday, Dec. 30, 2018, of the New Year's Eve ball that will be lit and sent up a 130-foot pole atop One Times Square to mark the start of the 2019 new year. (AP Photo/Julie Walker)

Famous musicians and people from all over the world will gather in Times Square in New York City to welcome 2019.

Watchers are expected to start gathering early in the afternoon Monday. The celebration will take place under strict security, as people wait for the traditional midnight crystal ball drop.

Jonathan Evans adapted this story for Learning English from a report by the Associated Press. Ashley Thompson was the editor.

coffin – n. a box in which a dead person is buried

ritual – n. a formal ceremony or series of acts that is always performed in the same way