Update Required To play the media you will need to either update your browser to a recent version or update your Flash plugin.
Joe DeCapua
July 23,2015


During the more than 30 years of the HIV/AIDS epidemic, the overwhelming majority of infections have happened during sex. Much has been done to promote safe sex, such as condom use, behavior change and even abstinence. But the growing use of antiretroviral drugs to prevent infection has changed the lives of many people living with HIV and their uninfected partners.

A lot of science was presented at the International AIDS Conference on HIV Pathogenesis, Treatment and Prevention in Vancouver, also known as IAS 2015. But one of the presenters was not a scientist. Damon Jacobs is a marriage and family therapist in New York City.

For the past four years, Jacobs has been on PrEP, or pre-exposure prophylaxis. Studies show the use of antiretroviral drugs dramatically reduces the risk of HIV transmission by lowering the amount of virus to near imperceptible levels. And when uninfected people take PrEP, it offers a lot of protection. 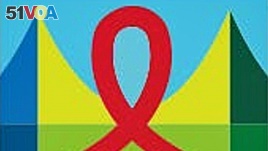 Jacobs began his presentation by swallowing a single pill as part of his daily PrEP regimen.

But Jacobs was not at the conference to talk about facts and figures relating to PrEP.

He said, “I am just so in awe of all the researchers here and all the research I’ve been hearing all week. But there’s one thing that I think gets left out of these conversations time and time again. And that is the role of pleasure in these talks. Why are we here? Why are we still at IAS? Why are we still having two million new infections in the world every year? Because people are having sex for pleasure. Because people want to feel good.”

“If we ignore that or dismiss that or judge that or condemn it or somehow sort of leave it out of the room because we don’t think it’s really important, we’re missing a lot. We’re missing a lot of opportunities to reach out – to build that trust that you were speaking about, which is so very important in these relationships. And to help the communities that we care about and the people we love have these experiences that they want to have -- the freedom that was mentioned earlier that they want to have. And it would be so easy to forget about that,” he said.

While the acronym PrEP is short for pre-exposure prophylaxis, Jacobs said it also means something else for users.

“For myself and the actually now 7,500 members of the PrEP group online, PrEP has come to mean something very, very different. Well, not very different, but a little different. The acronym we like to use is Pro-active Responsible Empowered Pleasure.”

He said it means users take “responsible action” in advance to ensure HIV does not spread in the community. He added it empowers men and women to have full control over their HIV status.

“After this week is over – after we’ve left Vancouver and those beautiful sunsets out there – and we’ve gone home to wherever it is – let’s please not forget the pleasure component in our work. It is such an important part of life. It is such an important part of helping our communities heal and move forward and implement all these exciting, amazing changes that we’re hearing about this week here at IAS,” he said.

Jacobs is the author of several books, including "Rational Relating – The Smart Way to Stay Sane in the Crazy World of Love."