Update Required To play the media you will need to either update your browser to a recent version or update your Flash plugin.
By VOA
Dec 20, 2017


The safety and security of Americans overseas is one of the United States' top priorities. That's why the U.S. has expressed its grave concern regarding the continued incarceration of Josh Holt by the Venezuelan government.

On December 12, U.S. citizen Josh Holt was charged after more than 17 months of detention and many court delays. U.S. Embassy personnel were denied access to Mr. Holt's court hearing and to a visit scheduled that day. 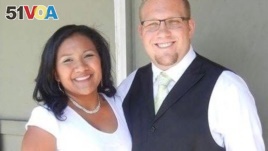 Venezuela is legally obligated in accordance with the Vienna Convention on Consular Relations to permit U.S. consular officers to visit U.S. citizens detained there. But "too often," said Ms. Nauert, "access is only belatedly granted, only to be canceled, withdrawn, or simply ignored, as was the case on December 12."

The United States calls on the Venezuelan government to grant immediate consular access to Mr. Holt. Pursuant to its international obligations, Venezuela must guarantee Mr. Holt a fair trial. His life should not be jeopardized under SEBIN's custody.

During his time in prison, Holt's mother, Laurie, says that her son has been forced to undergo extremely inhumane treatment.

Mr. Holt was arrested after traveling to Venezuela to marry Thamara Caleno, a fellow Mormon and Venezuelan citizen whom he had met on the internet. He had planned to spend several months in Caracas with her and her two daughters to secure visas for them so they could move to the U.S.

Mr. Holt was arrested under questionable circumstances and was held without charges for 17 months. We continue to call for his release on humanitarian grounds.

Spokesperson Nauert urged "the government of Venezuela to grant Mr. Holt immediate release and return him to the United States."