Update Required To play the media you will need to either update your browser to a recent version or update your Flash plugin.
By Brianna Blake
2011-8-7 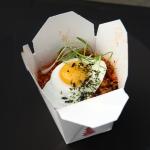 MARIO RITTER: And I'm Mario Ritter. This week on our program, we hear about fathers who cook for their families. Then, we look at the spread of food trucks in American cities.

FRITZI BODENHEIMER: John Donohue is an editor and cartoonist for the New Yorker magazine. He discovered a new job for himself when he became a father for the first time.

JOHN DONOHUE: "I started cooking a lot for my wife and the baby. It was a lot of fun."

FRITZI BODENHEIMER: Now Mr. Donohue has published a book called "Man With a Pan: Culinary Adventures of Fathers Who Cook For Their Families." He asked other men to share their stories. He collected thirty-four essays written by writers and chefs 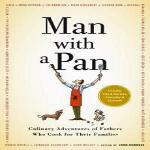 Two dozen fathers, writers and chefs contribute to 'Man With a Pan: Culinary Adventures of Fathers Who Cook for Their Families.' by John Donohue.

One of them was Mark Bittman , a food writer for the New York Times. Mr. Donohue explained how Mr. Bittman became a food writer.

JOHN DONOHUE: "He was married, he had a new baby. He was driving a taxi. He was kind of working odd jobs and so he started to cook. That led to his first book, which actually put him on the map as a writer."

MARIO RITTER: "Man With a Pan" also includes an essay by the author Stephen King.

JOHN DONOHUE: "Steven King started cooking for his family in Maine after his wife lost her sense of taste and lost interest in doing any cooking. He wanted better food for his family, so he went into the kitchen. He talks about using the microwave and other basic things about keeping things simple. That's his motto. He has great advice: ‘don't set the kitchen on fire.'"

MOHAMMED NASEEHU ALI: "I grew up in a Hausa Muslim community. And, in our community, it's highly frowned upon for men to be around a kitchen. But my mother, she allowed me to hang around while she cooked."

And that experience in the kitchen may have also helped prepare Mr. Ali to become a writer.

MOHAMMED NASEEHU ALI:: "I've actually kind of compared cooking to writing. It's pretty much the same thing. In writing, you have a blank page for you to start with. In cooking, you have an empty pot to creatively start thinking of what you going to put in the pot, to mix it together to create some food."

JACK HITT: "In the essay, one of the things you discover when you start to cook is that following a recipe wasn't simply just a matter a measuring out cups and tablespoons, but something much bigger and more metaphysical that that. It's a very minimalist sort of form that implies so much more than what is actually written. And it's like gardening, in some sense, or driving that becomes second nature and becomes instinctive."

Mr. Hitt says his cooking skills have evolved over the last sixteen years. In the process, he discovered a way to better connect with his family.

JACK HITT: "All of sudden, I found that there was this little kid in the room who had been watching me doing this from a chair, confined, and suddenly was very interested in participating. So the next thing I know, I had an assistant. And then a few years after that, I had another assistant. And, we've been sort of experimenting in the kitchen, the three of us, and then whenever my wife is around, which it was increasingly more common, four of us, in the kitchen, cooking, and essentially raising a family."

Mark Kurlansky, is a writer, cook and pastry chef. He says anyone can cook.

MARK KURLANSKY: "Cooking is like everything else. You just need to do it all the time to get good at it. In fact I know people who just can't, they can't cook. And I don't understand why. It's just like I encounter people who can't write, no matter how hard they try. And I don't understand why they can't do that. I mean if you can talk, why can't you write, and if you can eat, why can't you cook?"

MARIO RITTER: Mr. Kurlansky has advice for men who want to cook.

MARK KURLANSKY: "Make it simple. If you buy good ingredients and you cook them very simply, you will always have a great meal."

MARIO RITTER: "Man With a Pan" editor John Donohue says he expects more fathers will cook as the need grows and society becomes more accepting of a man with a pan.

FRITZI BODENHEIMER: Food trucks are an increasingly popular way to buy food on the streets of American cities. Some of these kitchens on wheels combine different ethnic dishes to satisfy American tastes. One example is a Mexican taco with a Korean flavor.

KAMALA SAXTON: "It's wrapped in a corn tortilla – Mexican, taco truck. We have a spicy pork, which is very Korean." 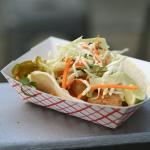 MARIO RITTER: Kamala Saxton owns Marination Mobile, a food truck in the northwestern city of Seattle, Washington. A Korean taco might be a new taste for a lot of her diners. But Ms. Saxton says where she comes from, Hawaii, people like to combine different dishes.

KAMALA SAXTON: "It's truly the mixed plate in Hawaii. For instance, I'm Korean, Hawaiian, Filipino and Spanish. And given that, you have someone in your family that knows how to cook one of those ethnic dishes."

JANE ZIEGELMAN: "You had Irish kids eating Jewish pickles. You had Italian immigrants eating Jewish potato pancakes. You had all kinds of people drinking seltzer, which was, in fact a street food. So people were eating each others' food all the time."

And Ms. Ziegelman says this exchange affected the street food itself.

JANE ZIEGELMAN: "Food brought over by immigrants grew in size. This is like something that happens to a lot of food once they come to the United States. They get bigger [laughter] and they get blander."

MARIO RITTER: And in some cases they get served in a way that makes them easier to eat while standing or walking. Ms. Ziegelman says hot dogs, for example, moved from a plate to a bun. A similar idea of serving food on bread can be found at a food truck in Portland, Oregon, called Viking Soul Food. The owners are Megan Walhood and her future husband, Jeremy Daniels.

MEGAN WALHOOD: "The sort of foundation product that we serve is lefse, this Norwegian potato flatbread, and I grew up eating that every year at Christmastime. And it was Jeremy who kind of had the idea to start using it like a tortilla or a crepe, and just stuffing it with all manner of different things."

FRITZI BODENHEIMER: Viking Soul Food's most popular lefse wrap is filled with meatballs. The recipe comes from Megan Walhood's grandmother. The meatballs are topped with pickled cabbage, and a sauce of melted Scandinavian cheese. Megan and Jeremy say a wrap like this would never be seen in Norway, but people in Portland seem to enjoy it. 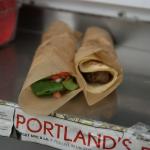 JEREMY DANIELS: "Because it's meatballs with melty cheese sauce over the top."

JEREMY DANIELS: "Yeah, people see pork and beef meatballs, and then they see cheese sauce, and they don't look anything further."

MEGAN WALHOOD: "It's like everything shuts down at that point, they can't look at anything else."

MARIO RITTER: Combining food from different cultures has a name: fusion. Food historian Jane Ziegelman says the most important thing is that it has to taste good to succeed.

JANE ZIEGELMAN: "I have had a Korean taco. It's really, really good. It's really interesting the way these foods which never grew up together and have no particular reason to harmonize, harmonize in this really gorgeous way."

FRITZI BODENHEIMER: We just heard about food trucks that serve dishes whose flavors blend like singers in harmony. Yet harmony is not what some food trucks are creating with established restaurants.

He says food trucks are filling a demand in areas where workers have few choices of where to go for lunch.

MATT GELLER: "So, I call it your workplace island. You don't have enough time to jump in your car drive somewhere, park, eat, come back. So you're really relegated to the two restaurants that happen to be in your walking distance."

HUDSON RIEHLE: "The evolution of food trucks is definitely a long term trend – not a fad – that will continue in the years ahead."

In fact, Mr. Riehle says that established restaurants are increasingly buying food trucks of their own.

HUDSON RIEHLE: "Mobile food trucks are becoming a much more important force in driving the growth of the restaurant industry ahead."

FRITZI BODENHEIMER: Our program was written and produced by Brianna Blake, with additional reporting by Faiza Elmasry and Deena Prichep. I'm Fritzi Bodenheimer.

MARIO RITTER: And I'm Mario Ritter. You can find transcripts and MP3s of our programs and learn English at 51voa.com. Join us again next week for THIS IS AMERICA in VOA Special English.