Update Required To play the media you will need to either update your browser to a recent version or update your Flash plugin.
By Caty Weaver
2011-12-1 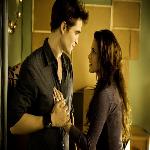 I'm Doug Johnson. Today, we tell about some of the major Hollywood movies, showing in theaters now, for young people.

And we play music from the most successful of those films...

DOUG JOHNSON: The winter holiday movie season is here. Many production houses release their major movies in late November, around the Thanksgiving holiday. Last week was no exception. Faith Lapidus has more about the big Hollywood films playing in theaters now.

The Muppets were the creation of puppeteer Jim Henson in the nineteen-fifties. They became extremely well known characters on the public television children's show "Sesame Street." The Muppets also had a popular television show of their own. And they made several movies before this one.

Jason Segal wrote the latest movie and is one of its stars. But he also had to persuade Walt Disney Studios to make it.

JASON SEGAL: "Well, it's hard to get a movie made in general, but I think that the big thing that we had to get across was that we had a pure love for the Muppets."

The new movie "Hugo" is based on the book "The Invention of Hugo Cabret," by Brian Selznick. "Hugo" tells the story of a boy in Paris whose parents have died. He lives alone in a train station, stealing for food. But, he also works on a special, secret invention.

Martin Scorsese directed "Hugo." The family film is not like other movies he directed. Scorsese's works are usually violent dramas, like "Raging Bull," "Goodfellas" and "The Departed." 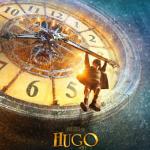 Scorsese told the magazine "Time Out London," that he wanted to make a movie his twelve year old daughter could watch. And, he told Reuters he felt an immediate connection to the story of the boy.

"Hugo" was released the day before Thanksgiving. It has made about seventeen million dollars in American theaters. The movie cost more than one hundred fifty million to make.

There are two major animated movies for children in theaters now. They are "Arthur Christmas" and "Happy Feet Two," which expands on the two thousand six film, "Happy Feet." "Happy Feet Two" is about a young penguin Erik. He comes from a land of great penguin dancers. But he does not trust in his own skill at dancing.

"Arthur Christmas" is about Arthur and Steve, sons of Santa Claus and his wife. Steve is ready to be the new Santa Claus, but his father is not yet ready to surrender the position. And, could Arthur be the better man for the job, anyway?

"Arthur Christmas" came out last week. Americans have bought about seventeen million dollars worth of tickets to the movie. "Happy Feet Two" was released two weeks ago. It has more than forty million dollars in ticket sales.

Finally, we tell about a huge hit movie for somewhat older children. "The Twilight Saga: Breaking Dawn, Part One" was released November eighteenth. It is the fourth film based on the Twilight series of books by writer Stephenie Meyer. 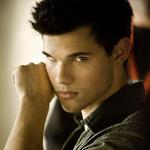 Movie goers looked forward to this part because it opens with the marriage of the series' heroes. The young beauty Bella, played by Kristen Stewart, marries the vampire Edward, played by Robert Pattison. But there is also still romantic tension between Bella and Taylor Lautner's werewolf character, Jacob.

The main concern of the movie is the baby in Bella and Edward's near future. What will this product of mortal and undead parents be like?

"Breaking Dawn, Part One" has earned more than five hundred million dollars worldwide since its release two weeks ago. The movie is now showing in more than fifty countries. It has done especially well in the United States, Britain and Russia.

DOUG JOHNSON: With all that business at theaters, it is no surprise that "Breaking Dawn" also has a best-selling album. The movie soundtrack entered Billboard's Top Two Hundred Albums chart at number four last week. It remains in the top ten list this week. Shirley Griffith has more.

SHIRLEY GRIFFITH: Christina Perri is a twenty-five year old singer and songwriter from Philadelphia. She says she first discovered the Twilight series in two thousand nine. She watched the first movie months after its release. She says she became an immediate and major fan of Twilight. She says she read all the books, saw all the movies and even got a Twilight tattoo.

Perri says writing a song about the love between Bella and Edward came easily because she felt she knew them well. She describes "A Thousand Years" as a beautiful and simple song.

"Neighbors" is a song by Theophilus London, a native of Brooklyn, New York. He released his first album earlier this year.

"Neighbors" is as sexy a song as "A Thousand Years" is sweet. (MUSIC)

Some critics are not happy with so much popular music on the "Breaking Dawn" soundtrack. And, it is true that one of the biggest pop stars performs the album's lead single. We leave you with Bruno Mars singing "It Will Rain," from "The Twilight Saga: Breaking Dawn, Part One."

DOUG JOHNSON: I'm Doug Johnson. Our program was written by and produced by Caty Weaver.

If you have a question about American life, send it to mosaic@voanews.com or click on the Contact Us link at 51voa.com.