Update Required To play the media you will need to either update your browser to a recent version or update your Flash plugin.
By June Simms and Caty Weaver
2011-11-3 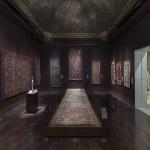 But first, we go to New York to see the new huge space for Islamic art at the Metropolitan Museum of Art.

Islamic Art Galleries at the Met

DOUG JOHNSON: Eight years ago, the Metropolitan Museum of Art in New York began putting many of its Islamic art pieces into storage. The museum was launching a project to greatly expand the space for the collection. Now the new Islamic art galleries have opened, and June Simms has our report.

JUNE SIMMS: New York's Metropolitan Museum of Art is a major holder of Islamic art. The collection includes Korans as well as paintings, floor coverings and other objects, many of them rare. The collection represents many cultures and covers a period of thirteen hundred years.

On Tuesday, the museum reopened its collection in fifteen new spaces. The greatly expanded space for Islamic art covers about eighteen hundred square meters. The rooms are grouped by region and period, from the seventh century to the end of the nineteenth century.

Sheila Canby is the museum's chief curator of Islamic art.

SHEILA CANBY: "Our galleries are named the Galleries for the Art of the Arab Lands, Turkey, Iran, Central Asia and Later South Asia. We have done that because that is the geographical region, area, spread that we cover."

A prayer space from Iran, covered in tiles, was placed facing east, toward Mecca. Visitors can also find handmade carpets so large that a team of people had to carry them in.

Skilled workers from Morocco traveled to New York to help build one of the galleries. They spent eight months creating a traditional Moroccan courtyard inside the museum. It includes a fountain, columns and archways.

The new spaces include the Damascus Room. It was a room in a big Syrian house in the early seventeen hundreds. Workers took it apart and shipped it to New York, then rebuilt the room inside the museum. Experts repaired and restored each element of the carved and painted wood and the artistic tiles in the room. 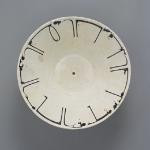 One of Sheila Canby's favorite pieces is a white bowl from the tenth century. Written on it is a saying: "Planning before work saves you from regret."

SHEILA CANBY: "That's a very charming statement, but the fact is the object itself, I think, is sublimely beautiful because of that purity of design."

Twelve hundred works are shown in the new galleries at the Metropolitan Museum of Art in New York City. However, that represents just one-tenth of the museum's more than twelve thousand pieces of Islamic art.

DOUG JOHNSON: American Football has replaced baseball as America's favorite sport. Football has traditionally been played by men - big men who like to hit. However, in the past few years, there has been an increase in the number of women's professional football leagues. Faith Lapidus has our story.

FAITH LAPIDUS: The women play by the same rules and with the same level of physical contact as the men's sport. Tarsha Fain is team captain of the Baltimore Nighthawks.

Fain and team owner Tanya Bryan were part of the first ever women's World Championship last year. The American team -- with Fain playing and Bryan serving as team manager -- won the gold medal.

TANYA BRYAN: "To be the first, the first time it was done, and be part of it, you know, no one else can ever say that. So it's just a wonderful feeling and I'm so proud of that."

About ten women's professional football leagues have been formed in the United States in recent years. Many have either joined with other leagues or failed. But the sport continues to grow.

Ghoncheh Mossanen is an offensive specialist for the Nighthawks. She has played football for 28 years. Mossanen says the sport is her therapy. It is what she looks forward to the most.

GHONCHEH MOSSANEN: "I feel there's a transformation when I go from putting on my gear and stepping on this football field. It's a huge mental transformation."

Mossanen moved to America from Iran as a child. She remembers the first time she ever played football – at a game in her neighborhood.

GHONCHEH MOSSANEN: "I remember getting the phone call from my cousin saying ‘come on out, we need one more person to play.' I didn't know what it was. I had never played the game and I remember going out there and just fell in love with it."

Most of the other players on the Nighthawks have also played since they were children. Most played unofficially or in non-contact leagues. But for team owner Tanya Bryan, women's football was a completely new experience.

TANYA BRYAN: "It's funny. I didn't even realize the sport existed for women. And I got a phone call from a friend of mine and she said there was an opportunity to own a team in Baltimore. And I thought it sounded really exciting and I said yes, and four years later here I am." 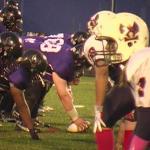 The Baltimore Nighthawks line up against the Philadelphia Firebirds

When Bryan bought the team she did not expect to make money right away. After four years, she is no longer losing money. But Bryan says what was most important to her was giving young women a chance to play ball.

TANYA BRYAN: "Most of the time as women growing up we're told, you know - not to be aggressive, and you know not to be assertive. And it's nice to have an outlet where you can come somewhere and let all of that out. You know you can be loud. You can hit somebody. You can just let it all go. And you know I think it's really, it's really healthy, you know. Great athleticism is required for football and the team camaraderie is just fantastic."

The teamwork was great in the team's recent game against the Philadelphia Firebirds. After a slow first half, the Nighthawks score ... and hang on for an eight to nothing win.

GHONCHEH MOSSANEN: "Its elation! I mean the team deserves it. We've been playing hard. It's amazing. Now it's our chance to make the championship."

The Nighthawks did not win the championship. But, they say having a chance to play this traditionally men's sport against other women is itself a victory. I'm Faith Lapidus.

DOUG JOHNSON: Singer Demi Lovato has a new album. "Unbroken" comes after a difficult year for the former Disney star. Last November she left her show and her concert series to enter a treatment center. Bob Doughty has our story and plays music from the new record.

BOB DOUGHTY: Unlike so many young stars, Demi Lovato did not enter treatment to deal with a drug or alcohol problem. Lovato was suffering from an eating disorder and other self-destructive behaviors. After she left treatment last January, she was very open about what happened to her. She said she had been bullied since middle school, mostly about her weight. She said her unhealthy relationship with food resulted.

Now the nineteen year old says she feels like a different person. She told MTV that she is excited about her life now. 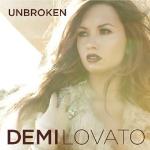 "Unbroken" seems to represent the new hope she has. The first single from the album was "Skyscraper," a song about rising from ruins.

Demi Lovato is an activist for efforts to end bullying in America's schools. She also has advice for girls with eating disorders. She says to speak up and not to be afraid to get help.

The second single from "Unbroken" is "Who's That Boy?" The teenager has described it as a fun and sexy song.

We leave you with Demi Lovato performing, "Give Your Heart a Break."

DOUG JOHNSON: I'm Doug Johnson. Our program was written by June Simms and Caty Weaver, who was also our producer.