Update Required To play the media you will need to either update your browser to a recent version or update your Flash plugin.
By VOA
13 September, 2014


The Thai military moved quickly after the ouster of the civilian government. The military ordered news industry officials and editors to attend meetings, setting out rules for news and reporting.

Pichai Chuensuksawadi is editor-in-chief of the English language Bangkok Post newspaper. He attended the meetings with military officials. He says the military's goals are very clear: to closely examine television and radio news broadcasts.

"Under previous governments the way they put on pressure is different. But here it's clear. They are willing to listen to a certain extent and make changes in the announcement. The fact I think for television, for radio, for satellite they are under the gun more than print media that's for sure. But I think it's a lot clearer. The agenda is clearer."

In July, Thailand's National Council for Peace and Order attempted to bar any criticism of military leaders. The council also announced plans to punish publications and websites that published offensive material. However, media groups successfully resisted the measures, and the military backed down. 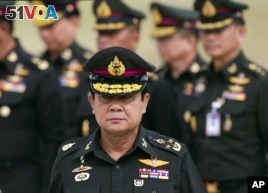 But restrictions remain. For example, TV talk shows are barred from speaking with college or university teachers, political observers and former government officials. Only foreign media are reporting the comments of Thai political dissidents and critics of the military who have fled overseas.

Phil Robertson is with the New York-based Human Rights Watch. He says the bans on news reports send a clear message to the Thai media.

"Well, I think there's a deepening repression of critical media bringing out points of view that the military junta disagree with. You know, what we're seeing is increased banning of reports, blocking of websites, issued warning to media both print and electronic media not to step across a line that only the military junta really knows where that line is."

Thai media organizations have a long history of fighting for press freedom. Thailand became a constitutional monarchy in 1932. It set up a democratic form of government, with a non-political head of state. Since then, Thailand has faced 12 attempts to overthrow the government and long periods of military rule. In the past, military leaders closed all newspapers. In the 1990s, many newspapers refused to obey official restrictions on the media.

Thai critics say the current restrictions are more direct. They praised the National Council for Peace and Order for changing its position on bans. They say this has led news organizations to set their own restrictions to prevent the military from taking firmer control. 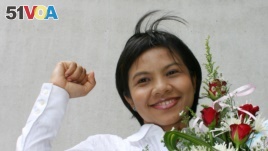 Supinya Klangnarong is a media rights activist and a member of the National Broadcasting Commission. She says the media are fearful over the future.

"A climate of fear is spreading at the national level and also the organizational level because of the coup and the martial law and all the criminalization of acts, especially up to the official, even at the NBTC - public figures - especially the officials are more sensitive - they could not tolerate criticism."

Critics once called Thailand one of the freest societies in Southeast Asia. But the organization Reporters Without Borders rates Thailand at 130 out of 180 countries in a report on media freedom in 2014.

Pichai Chuensuksawadi says the military leaders are willing to listen to media concerns. But he adds the military will also have no problem taking action if it does not like the media's message.