Update Required To play the media you will need to either update your browser to a recent version or update your Flash plugin.
By Ray McDonald
Aug 4, 2017


We're in the mix with the five most popular songs in the Billboard Hot 100 Pop Singles chart, for the week ending August 5, 2017.

Lo and behold, we get a new song this week to supercharge our lineup. It happens in fifth place, where French Montana and Swae Lee jump four slots with “Unforgettable.”

French Montana is Karim Karbouch – born in Morocco, he was 13 when his family immigrated to New York City. French made his first mix tape in 2007, and three weeks ago dropped his sophomore studio album “Jungle Rules.” This marks French Montana's first appearance in the Top Five. Swae Lee is one-half of the rap duo Rae Sremmurd. You probably know them best from last year's huge chart-topper “Black Beatles.” 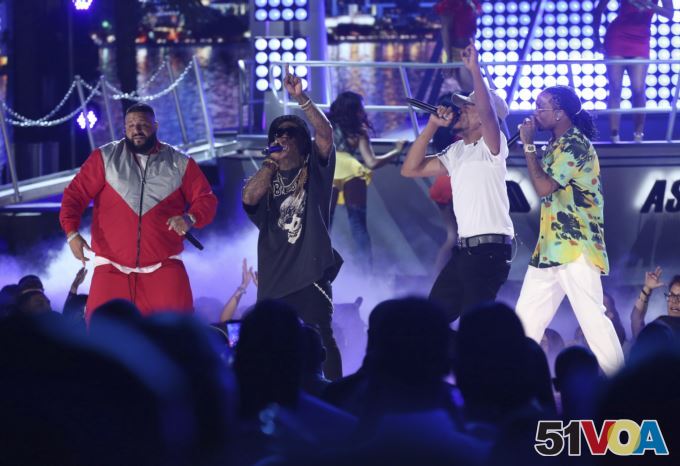 DJ Khaled, from left, Lil Wayne, Chance The Rapper, and Quavo perform "I'm the One" at the BET Awards at the Microsoft Theater, June 25, 2017, in Los Angeles.

Our next artist is a first-generation citizen of the United States. While DJ Khaled was born in New Orleans, his parents had immigrated from Palestine.

Khaled backtracks a slot to fourth place with his former champ “I'm The One” featuring Justin Bieber, Quavo, Chance the Rapper, and Lil Wayne. On August 5, Chance will be in his hometown of Chicago for the annual Lollapalooza festival. In fact, all of the artists have concerts booked, except for Bieber.

Bruno Mars and DJ Khaled keep trading places in the Top Five, and this week, Bruno re-takes third place with “That's What I Like.”

Bruno is currently on the North American leg of his world tour. In November, he and DNCE visit South America for six dates, and then next year it's on to New Zealand and Australia. May 3, 2018, will also see Bruno perform at the Mall of Asia in the Philippines. It will be his third visit to his ancestral homeland.

Rihanna poses for photographers as she arrives for the European film premiere of 'Valerian and the City of a Thousand Planets' in London, July 24, 2017.

DJ Khaled remains in the runner-up slot with “Wild Thoughts” featuring Rihanna and Bryson Tiller. On July 26, Rihanna met with President Emmanuel Macron of France. They met in Paris to discuss educational initiatives. Rihanna is the global ambassador for the Global Partnership for Education. 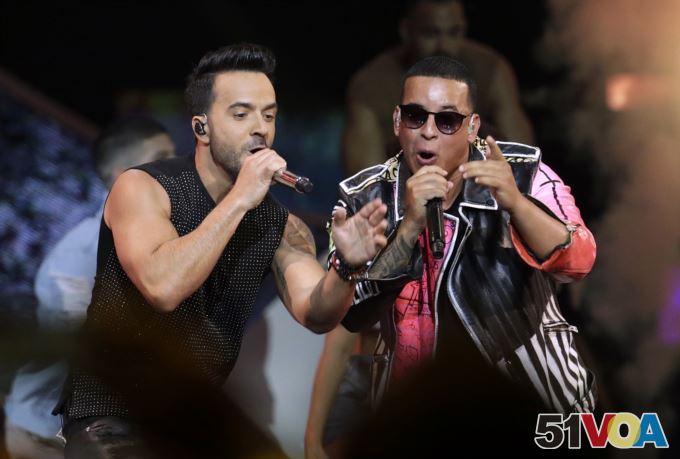 Justin recently canceled the remaining dates of his world tour and days later hit a photographer with his truck. The man wasn't seriously injured. Justin's biological father, Jeremy, flew from Toronto to Los Angeles to spend some quality time with his boy.

That's it for now -- we hope you'll join us for next week's lineup.