Update Required To play the media you will need to either update your browser to a recent version or update your Flash plugin.
By Anna Matteo
02 April, 2016


And that brings us to the end of another Words and Their Stories from VOA Learning English.

To kid. To tease. To joke and fool around. They all mean about the same thing. If you kid, you make fun in a playful way. Teasing can be playful or mean spirited. It depends.

To joke around is to have fun with someone. To fool someone is to try to make them believe something that is not true. And that is the purpose of April Fools' Day. 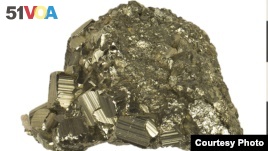 April 1st is known as the day to fool people with practical jokes, pranks or harmless tricks. But how did this tradition begin? Some say April Fools' Day began as one big mistake.

Many centuries ago, people in the Western world used the Julian calendar. They celebrated the New Year on April 1st. However, when people began using the Gregorian calendar, the New Year was moved to January 1st.

Those who forgot the change and tried to celebrate New Year's Day on the wrong date were teased and called "April fools."

This is just one of the many theories behind the origin of April Fools' Day. But the tradition remains the same – trying to fool someone.

The fool is a common character in art, music and literature. William Shakespeare is famous for his fools. And fools make for great pop songs.

Fools are found in many words, expressions and proverbs.

To be foolhardy means to do something that are too dangerous or risky. For example, it is foolhardy to hike up a mountain during a heavy snowstorm.

If something is foolproof, it is planned or made so well that nothing could go wrong. Not even a fool could mess it up.

"Look, I don't want to get into trouble. This plan of yours sounds risky."

"My plan is foolproof. Nothing will go wrong as long as you do exactly as I say."

There are many expressions using the word "fool."

If you are on a fool's errand you are doing something that is pointless. For example, asking a friend who has no money for a loan is a fool's errand.

Fool's gold is iron pyrite. Iron pyrite is a brassy yellow mineral that is often mistaken for gold. Miners who did not know much about the properties of gold would often mistake iron pyrite for the real stuff.

A fool's paradise is not a vacation spot for fools. It is a state of being happy for foolish or unfounded reasons.

"Monica is so happy these days. She thinks she is getting a raise at work."

"But she is always late. She misses her deadlines. And her boss doesn't really like her."

"I know. She is living in a fool's paradise." 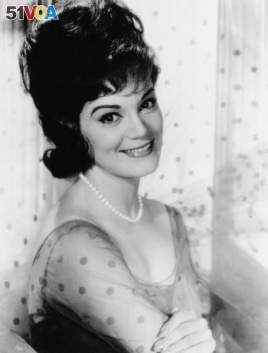 In this song, Connie Francis sings that everybody's somebody's fool.

"And there are no exceptions to the rule. Yes, everybody's somebody's fool."

Fools also find themselves in many common proverbs.

For example, "A fool and his money are soon parted." This means that if you are not careful with your money you will soon not have any.

Another proverb is, "There is no fool like an old fool." This means if an older person behaves foolishly, it seems worse than when a younger person does the same. An older person should know better.

Then there is the proverb, "Fool me once, shame on you. Fool me twice, shame on me." This means that if you are tricked once by someone, they are to blame for fooling you. But if you let the same person fool you again, the blame is all your own. When George W. Bush was president, he infamously messed up this proverb in a speech.

We end this show with yet another "foolish" proverb, "Fools rush in where angels fear to tread." English poet Alexander Pope wrote this line in his 1709 poem An Essay on Criticism. Songwriter Johnny Mercer turned it into a classic song.

"Fools rush in where angels fear to tread ..."

Share a "foolish" expression from your language. Or practice using one of these expressions in the Comments Section.

"So open up your heart and let this fool rush in..."

The song and singer of the music heard in this piece includes, in order: "Chain of Fools," Aretha Franklin; "A Fool Such As I," Elvis Presley; "Everybody Plays the Fool," The Main Ingredient; "Fooled Around and Fell in Love," Elvin Bishop; "What Kind of Fool," Barbra Streisand and Barry Gibb; "Everybody's Somebody's Fool," Connie Francis; "Fools Rush in Where Angels Fear to Tread," Rosemary Clooney.

practical joke - n. a joke involving something that is done rather than said : a trick played on someone : a prank intended to trick or embarrass someone or cause physical discomfort

prank - n. a trick that is done to someone usually as a joke