The Year in Arts and Culture

Update Required To play the media you will need to either update your browser to a recent version or update your Flash plugin.
By VOA
28 December, 2018


2018 was a big year in the world of Arts and Culture. Some of the big events, however, had less to do with movies or music and more to do with politics or social issues. Here is a list of the top pop culture events this year, month by month.

We begin in January. That month, the Golden Globes honored people working in television and the film industry. TV reporters often talk about movie stars and the clothes they wear to the awards show. This year, the clothing -- and discussion -- was different. Many of the women in attendance wore black. They did so in support of victims of sexual abuse.

The Golden Globes was the first awards show since the start of the #MeToo movement against sex abuse. TV star and actor Oprah Winfrey gave a now-famous speech while accepting an award. She talked of a future in which she hopes "no one ever has to say ‘Me Too again!' 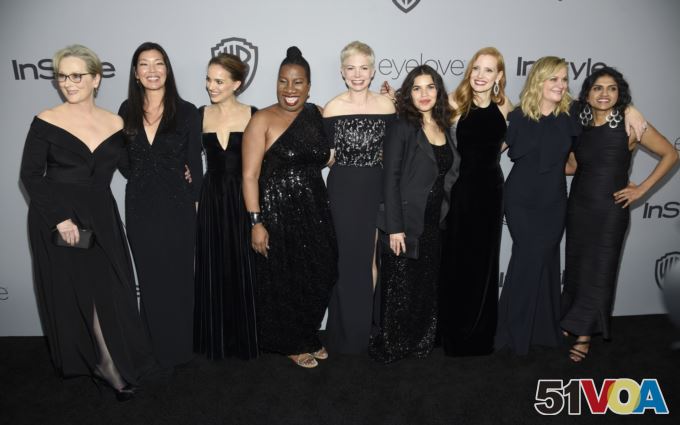 The month of February brought movie lovers Black Panther, the superhero movie from Marvel Comics. The film tells the story of an imaginary African nation called Wakanda. It is the home of the Black Panther himself, Prince T'Challa. The film earned critical praise -- and a lot of money. In fact, it has become the 12th highest-earning film of all time worldwide. It is also the most-tweeted-about movie ever. 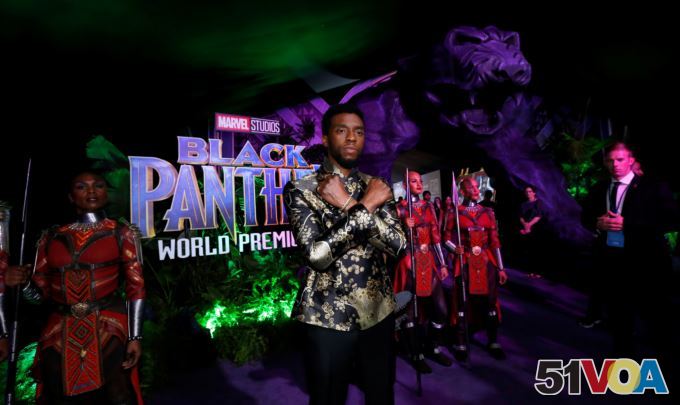 At the Academy Awards show, also known as the Oscars, talk of the #MeToo movement continued where it left off at the Golden Globes. Winners' speeches centered on #MeToo. Three women who accused Hollywood producer Harvey Weinstein of abuse – an event that led to the movement -- appeared together. Ashley Judd, from left, Annabella Sciorra and Salma Hayek speak at the Oscars on Sunday, March 4, 2018, at the Dolby Theatre in Los Angeles. (Photo by Chris Pizzello/Invision/AP)

And best actress winner Frances McDormand told the crowd she has "some things to say." She asked all the women nominees in the room to stand, and appealed to Hollywood to tell their stories. Things also were changing outside of Hollywood. In April, Rap musician Kendrick Lamar won the Pulitzer Prize of music for his record album, "DAMN." He became the first rapper to win the award, and the first who is not a classical or jazz artist.

Prince Harry and Meghan, the Duchess of Sussex, kiss as they leave St George's Chapel at Windsor Castle after their wedding, May 19, 2018.

In May, the world's attention was on the marriage of Britain's Prince Harry and American actor Meghan Markle.

The 36-year-old Markle was unlike the traditional image of a British princess. As one observer noted, "Meghan is an American biracial divorcee who is an activist, a feminist and former actress." The wedding ceremony broke from tradition in many ways. She wore an unusually simple wedding dress. During the ceremony, an American gospel group performed the song "Stand By Me." And an American clergyman, realizing he was talking longer than planned, closed his speech by saying, "We gotta get y'all married!" 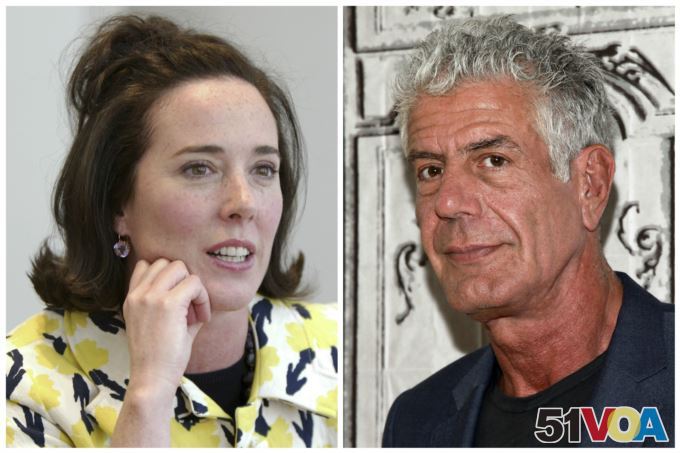 June was marked by the suicide deaths of two well-known Americans. Chef, writer and television personality Anthony Bourdain and fashion designer Kate Spade died within two days of each other. Their deaths came at a time when more Americans were dying from suicide than ever before. Their deaths also led to calls for more suicide prevention efforts in the United States and around the world. 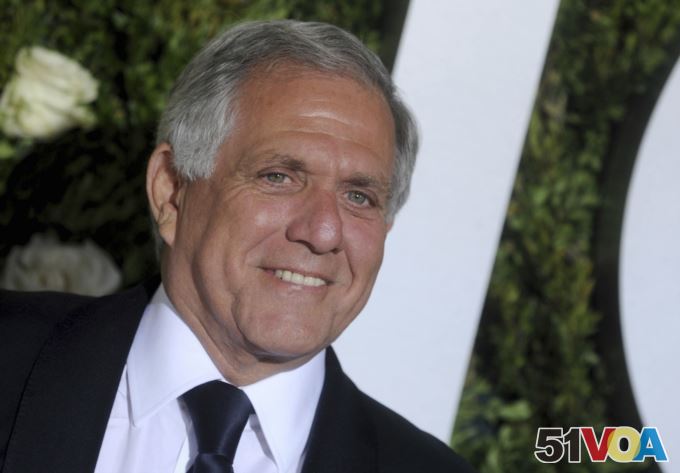 Last year, it was producer Harvey Weinstein. This year, it was Les Moonves, one of the most powerful men in U.S. television. Reporter Ronan Farrow broke the explosive story of sexual wrongdoing on the part of the chief of CBS television. Months later, he resigned from his high-level position.

In August, the world mourned the loss of singer Aretha Franklin, the Queen of Soul. She was remembered not only for her singing ability -- the greatest of a generation -- but for her lifelong demand for "RESPECT" as a woman and an African-American. Her funeral was memorable. It lasted eight hours. 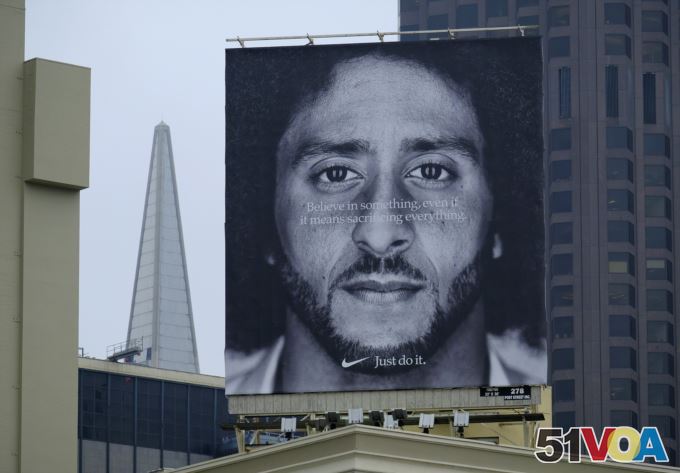 "Believe in something, even if it means sacrificing everything," says a NIKE advertisement released in September. The ad made waves because of the man saying those words: Colin Kaepernick, a former football player. Kaepernick began a series of protests among National Football League players against police violence and racial inequality. 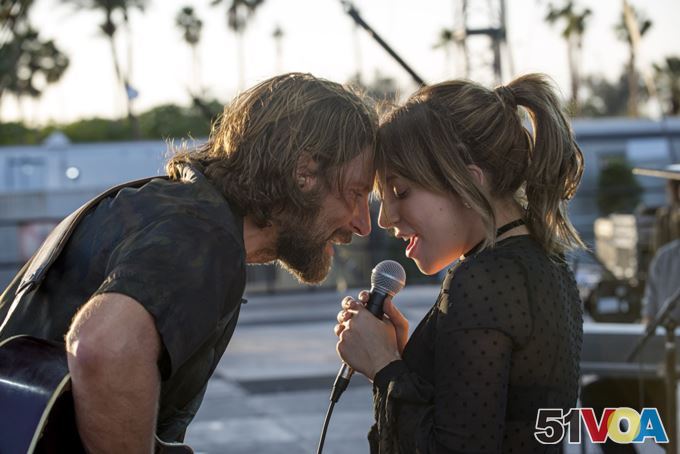 In October, the world saw singer Lady Gaga reinvent herself on the silver screen. Gaga starred opposite Bradley Cooper in the movie "A Star is Born." The film was met with much public excitement, and earned $100 million in U.S. theaters in just 12 days. It also earned critical praise and, later, five Golden Globe nominations. The film and its stars are widely expected to receive Oscar nominations. 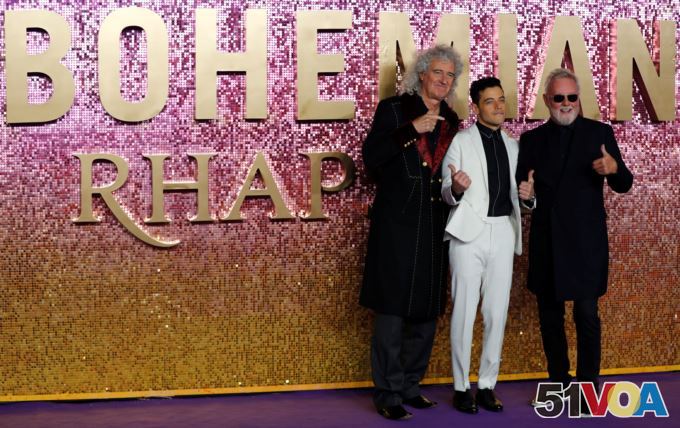 November brought the release of the film Bohemian Rhapsody. It tells the story of Queen, the British rock group that rose to worldwide fame in the 1970s. It especially centers on the life of lead singer Freddie Mercury, who died in 1991 from health problems connected to AIDS. While the film has not received high marks from critics, music lovers around the world seem pleased. The film made $600 million in its first five weeks, making it the most successful music biopic ever.

The Oscars are still a few months away, but talk of the awards is already underway. In fact, the Academy released its shortlist for nine categories, including candidates for best foreign language film, earlier this month. As expected, Mexico's critically praised Roma is among them.

Roma tells the story of the housekeeper for a middle-class family in Mexico City during the 1970s. Film critics also expect the film to compete for the Best Picture award. No foreign language film has ever won Best Picture at the Oscars.

The full list of nominees will be announced January 22.

album - n. a long musical recording on a record, CD, etc., that usually includes a set of songs

feminist - adj. related to the belief that men and women should have equal rights and opportunities

gospel - n. a type of Christian music that was created by African-Americans in the southern U.S.

chef - n. a professional cook who usually is in charge of a kitchen in a restaurant