Update Required To play the media you will need to either update your browser to a recent version or update your Flash plugin.
By VOA
07 January, 2016

Netflix CEO Reed Hastings announced this week that the streaming platform is expanding its services to 130 more countries. Before the expansion, the streaming service operated in 60 countries worldwide.

As a result of the announcement, the hashtag #NetflixEverywhere trended on Twitter worldwide, as well as in many of Netflix's new countries and markets.

Many joked that the time they used to spend working will now be spent watching television shows and movies on Netflix. 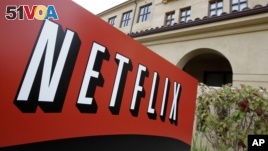 A Twitter user in the Philippines tweeted: "Goodbye Productivity and Social Life."

And a Twitter user in the United Arab Emirates wrote, "in the #UAE the roads are [going to] be a lot quieter this weekend #onemonthfree."

Netflix is offering one free month of service for new users around the world. A Twitter user in India tweeted two photos that compared the number of Indians using Netflix during the free month versus when the free trial ends.

The company also announced this week it has added Arabic, Korean and Chinese to its language choices.

Netflix is now in almost every country on earth. But it remains unavailable in the most populous country, China.

productivity - n. the rate at which work is completed

trial - n. a test of the quality, value, or usefulness of something