Update Required To play the media you will need to either update your browser to a recent version or update your Flash plugin.
By Brianna Blake
2010-11-29 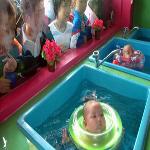 FAITH LAPIDUS: And I'm Faith Lapidus. This week, we will discuss scientific findings about how intelligence develops in babies.

BOB DOUGHTY: Not long ago, many people believed that babies only wanted food and to be kept warm and dry. Some people thought babies were not able to learn things until they were five or six months old.

Yet doctors in the United States say babies begin learning on their first day of life. The Eunice Kennedy Shriver National Institute of Child Health and Human Development is a federal government agency. Its goal is to identify which experiences can influence healthy development in people.

Research scientists at the Institute note that babies are strongly influenced by their environment. They say a baby will smile if her mother does something the baby likes. A baby learns to get the best care possible by smiling to please her mother or other caregiver. This is how babies learn to connect and communicate with other people. 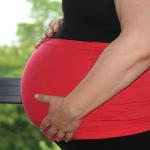 FAITH LAPIDUS: The American researchers say this ability to learn exists in a baby even before birth. They say newborn babies can recognize and understand sounds they heard while they were still developing inside their mothers.

Last year, a study from the Netherlands found evidence that unborn babies can remember sounds. Dutch researchers studied almost one hundred pregnant women. They played sounds to the fetus and watched its movements with ultrasound equipment. They found that by thirty weeks of development the fetus could remember a sound for ten minutes. By the thirty-fourth week, it could remember the sound for four weeks.

BOB DOUGHTY: Many experts say the first years of a child's life are important for all later development. An American study shows how mothers can strongly influence social development and language skills in their children.

The study involved more than one thousand two hundred mothers and children. Researchers studied the children from the age of one month to three years. They observed the mothers playing with their children four times during this period.

FAITH LAPIDUS: The researchers attempted to measure the sensitivity of the mothers. The women were considered sensitive if they supported their children's activities and did not interfere unnecessarily. They tested the children for thinking and language development when they were three years old. The researchers also observed the women for evidence of depression.

These children also were less cooperative and had more problems dealing with other people. The researchers noted that the sensitivity of the mothers was important to the general health of their children. Children did better when their mothers were caring, even when the women suffered from depression.

BOB DOUGHTY: Another study suggests that low birth weight babies with no evidence of disability may be more likely than other children to have physical and mental problems.

American researchers studied almost five hundred boys and girls. They were born in, or admitted to, one of three hospitals in New Jersey between nineteen eighty-four and nineteen eighty-seven. At birth, each child weighed fewer than two thousand grams.

The boys and girls had an average age of sixteen at the time of the study. They were asked to complete intelligence and motor skill tests in their homes. Their test results were compared with those of other children their age.

The study found that the young people with low birth weight often had more problems with movement skills than others. These problems were more common among males, those with injured nerve tissue in the brain and those who had been given oxygen supplies for days as a baby.

FAITH LAPIDUS: Experts say the first three years of a child's life is the most intensive period of language and speech development. This is the time when the brain is developing. Language and communication skills are believed to develop best in an environment that is rich with sounds and sights. Also, the child should repeatedly hear the speech and language of other people.

The National Institutes of Health says evidence suggests there are important periods of speech and language development in children. This means the brain is best able to learn a language during this period. Officials say the ability to learn a language will be more difficult if these periods pass without early contact with a language.

BOB DOUGHTY: The first signs of communication happen during the first few days of life when a baby learns that crying will bring food and attention. Research shows that most children recognize the general sounds of their native language by six months of age. At that time, a baby also usually begins to make sounds. These sounds become a kind of nonsense speech over time.

FAITH LAPIDUS: A long-term American study shows the effect of early education on future learning abilities. The study followed more than one thousand three hundred children from birth through the ages of ten or eleven. It found that children who received higher quality care before starting school had better language skills by those ages than children who had lower quality care.

The study is known as the National Institute of Child Health and Human Development Study of Early Child Care and Youth Development. It is said to be the largest, longest lasting and most complete study of child care in the United States.

BOB DOUGHTY: The children included in the study were born around nineteen ninety-one in ten areas of the country. Researchers examined the quality and amount of child care the children received until they were four and one-half years old. Child care included any care provided by people other than the child's mother that lasted at least ten hours a week. This included any care given by fathers or other family members.

The researchers then examined each child's performance in school and social development. They also measured other influences, such as the quality of classroom education and parenting.

FAITH LAPIDUS: The researchers examined whether the developmental qualities that had been observed in young children were still present a few years later. They found that the older children who had received higher quality child care continued to show better ability in tests of language skills.

BOB DOUGHTY: New studies about how intelligence develops are published each year. Recently, Science News magazine reported findings from one such study. The report described research that suggests babies develop language skills from musical and rhythmic exchanges with their mothers. An interactive nursery rhyme like "Itsy Bitsy Spider" is an example of the kind of emotional exchange that helps babies to learn and grow emotionally and socially. Some researchers believe such songs may also prepare babies to learn rules and practices of their culture.

FAITH LAPIDUS: This SCIENCE IN THE NEWS was written by Brianna Blake. Our producer was June Simms. I'm Faith Lapidus.

BOB DOUGHTY: And I'm Bob Doughty. You can find transcripts, MP3s and podcasts of our programs at 51voa.com. Join us again next week for more news about science in Special English on the Voice of America.