Update Required To play the media you will need to either update your browser to a recent version or update your Flash plugin.
By Lawan Davis
2011-10-1 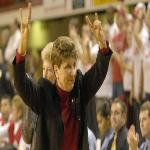 FAITH LAPIDUS: And I'm Faith Lapidus with People in America in VOA Special English. Today we tell about two women who helped change the world of sports, golfer Betty Jameson and basketball coach Kay Yow. Both women were founders of women's sports organizations.

STEVE EMBER: Sandra Kay Yow was born in nineteen forty-two in Gibsonville, North Carolina. She developed a love for basketball from her parents, Hilton and Lib Yow. She attended East Carolina University and earned an English degree. She went on to become an English teacher, librarian and girls' basketball coach at Jay Allen High School in High Point, North Carolina. 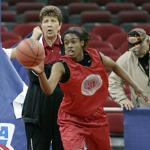 In nineteen eighty-one, Kay Yow, along with others, founded the Women's Basketball Coaches Association. She also served as president of the group. The WBCA was established to unite coaches at all levels of the game and to develop basketball as a sport for women and girls.

FAITH LAPIDUS: In nineteen eighty-seven, Kay Yow learned she had breast cancer. She did not let her health problems interfere with her responsibilities as coach and leader. One of her famous expressions was: "When life kicks you, let it kick you forward." Just ten months after learning she had cancer she coached the United States women's basketball team to an Olympic gold medal in Seoul, Korea in nineteen eighty-eight.

Coach Yow also became well-known for her work in cancer awareness. In two thousand seven she established the Kay Yow/WBCA Cancer Fund in partnership with the V Foundation for Cancer Research. The V Foundation was named for Yow's friend Jim Valvano. He was the former coach of North Carolina State University men's basketball team. He died of cancer in nineteen ninety-three. That same year Yow lost her mother, Lib Yow, to breast cancer. STEVE EMBER: Kay Yow died in January two thousand nine. She was sixty-six years old. Earlier that month, she had announced that she would not return to coaching that season. She had missed four games because of extreme lack of physical energy.

She had fought sickness from cancer for more than twenty years. Her funeral was held in Cary, North Carolina. Hundreds of people attended, including coaches and athletes from NC State and other teams.

During the ceremony, mourners watched a video message Yow had recorded for the funeral. She thanked them for their support, and she spoke mostly of her strong religious beliefs which helped her through difficult times, including her battle with cancer.

She also read a poem she wrote in nineteen seventy-six called "My Thoughts on Sport." She talked about the importance of learning about life through sports. She said sports stretched her to her limits and sometimes she wanted to quit. She said winning was more than the score on the board.

FAITH LAPIDUS: Kay Yow touched the hearts and lives of many people. She was known as a great coach, teacher and friend. She expressed love and kindness toward people including strangers. Immediately after her death, Kay Yow was honored at many college basketball games, both women's and men's.

The Women's Basketball Coaches Association gave permission for teams to wear the color pink to honor Coach Yow's work in educating people about breast cancer. Pink is commonly used by groups that try to raise money to search for a cure for the disease.

People said many kind words about Kay Yow. They remembered her as a woman of great emotional and religious strength. They spoke of how she fought extreme sickness in a brave and graceful way.

STEVE EMBER: Betty Jameson was another woman important in the world of sports. In nineteen fifty, she and twelve other women founded the Ladies Professional Golf Association. They were involved in all areas of the sport. They played, organized golf tournaments, established rules for the group and supervised membership. The LPGA gained the attention of many news organizations. They considered Jameson and others to be beautiful women. Photographers liked taking pictures of them and began calling them the "glamour girls."

FAITH LAPIDUS: Elizabeth Jameson was born in nineteen nineteen in Norman, Oklahoma. She grew up in Dallas, Texas. She began playing golf at a very young age. She was very good in the sport and won many competitions. In nineteen thirty-two, Betty Jameson won the Texas Publinx competition. She was just thirteen years old. Two years later, she won the Southern Championship.

In both nineteen thirty-nine and nineteen forty, Jameson won the United States Amateur competition. Two years later she won the Western Open for the first of her three major titles. She completed her non-professional career with fourteen major victories.

STEVE EMBER: Betty Jameson began playing professional golf in nineteen forty-five. She won many professional titles, including the United States Women's Open in nineteen forty-seven. Her score was two hundred ninety-five. She was the first female golfer to score lower than three hundred in a seventy-two hole tournament. Years later, she said it was the best moment of her career. She finished her career in the Ladies Professional Golf Association with thirteen major victories. 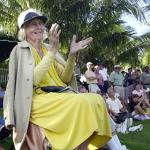 That may not seem like many wins compared to women's golf today. However, during that time golf was considered a sport for men. Women were not treated the same as men in sports. The LPGA fought to change that. The organization was successful in making women's golf recognized as a serious professional sport.

In two thousand, the LPGA celebrated its fiftieth anniversary. During the ceremony Betty Jameson was recognized as one of the organization's top fifty players and teachers. Jameson and the twelve other LPGA founders were honored with the Commissioner's Award. They were recognized for their part in furthering the cause of women's golf.

Betty Jameson died in two thousand nine. She was eighty-nine years old. In her later years, she was forced to live a simple life because of lack of money. She said the situation caused her to learn through suffering. She said: "Just like in golf, you always learn more when you lose than when you win."

FAITH LAPIDUS: And I'm Faith Lapidus. You can learn more about famous Americans and download podcasts of our programs on our website, 51voa.com. Join us again next week for People in America in VOA Special English.