A Way to Make New Eggs in Women?

Update Required To play the media you will need to either update your browser to a recent version or update your Flash plugin.
By VOA
2012-2-28

New research could raise hope for women who are having trouble getting pregnant.

For years, the thinking has been that women are born with all the eggs their bodies will ever produce. In fact, this has been the thinking not just about humans but all mammals.

Now, Jonathan Tilly has extended his work and reported another discovery -- this time about human females. 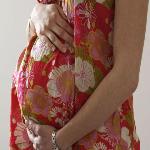 Photo: REUTERS
A woman holds her stomach at the last stages of her pregnancy.

JONATHAN TILLY: "We've isolated, essentially, the female equivalent of the stem cells that we know exist in men that actively make new sperm. So having these cells now isolated, I think, opens up a lot of opportunities to consider that we simply couldn't fathom before."

Stem cells are special kinds of cells. Starting in embryos just a few days old, they produce the many different cell types and tissues that form the body. In some adult tissues, stem cells produce replacements for damaged or worn out cells.

In his new study, Jonathan Tilly and other researchers removed cells from ovaries. Ovaries are the female reproductive organs that produce eggs. The scientists did laboratory tests to make sure they had the right cells that they were looking for. Then they used what are known as culturing methods to grow the cells so they would divide and produce more cells.

JONATHAN TILLY: "And we could start with perhaps one hundred cells, and over several months' time take those one hundred cells and make hundreds of thousands of cells. And interestingly, we noticed that these cells would spontaneously generate immature eggs, all on their own, in these cultures."

The researchers did not stop there. They wanted to further confirm the ability of these cells to make eggs. They placed some of the cells into human ovary tissue. Then they implanted the tissue under the skin of laboratory mice.

The studies found that these human cells were -- in Jonathan Tilly's words -- "more than happy to create brand-new human egg cells." He says growing eggs in the lab could improve the chances for women who are having the process known as in vitro fertilization. With IVF, an egg is fertilized with sperm in a laboratory, then placed in the woman's uterus to develop.

Jonathan Tilly says his work could also lead to fertility treatments that might improve the chances for more traditional fertilization methods.

JONATHAN TILLY: "We can also think about, perhaps, targeting these cells in the ovaries with hormones that these cells like, and thereby increasing their activity and perhaps increasing the size of the egg cell reserve in the ovary, when it would be desirable to do so."

His paper on making new human eggs from stem cells was published online this week by the journal Nature Medicine. Some experts raised questions about his earlier work with mice. Some are not so sure about this study either, until other researchers can reproduce the findings.