Update Required To play the media you will need to either update your browser to a recent version or update your Flash plugin.
By VOA
30 March, 2015


How to dispose of Iran's nuclear materials remains a barrier as negotiators try to reach an agreement in Switzerland on Monday.

A top U.S. State Department official said that the issue of Iran's nuclear materials remained undecided. But the officials said that this question was extremely important to ensuring that Iran's nuclear program is peaceful. Iran's chief nuclear negotiator said sending material to another country was not an option.

A group of six nations including the United States want to keep Iran from building nuclear weapons. Other nations involved in the negotiations are Britain, China, France, Russia and Germany. If Iran agrees to a negotiated plan, many economic restrictions on the country could be cancelled. These sanctions have hurt Iran's economy. 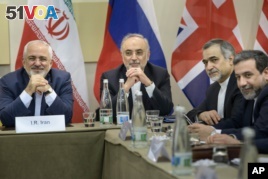 Negotiators have until Tuesday to reach an agreement.

Airstrikes continued Monday in Yemen. Warplanes from a coalition of military units led by Saudi Arabia targeted the capital Sana'a and other areas. It is the fifth day of such strikes.

The Houthis took over Sana'a in September. In recent weeks, they moved south to the port city of Aden. Mr. Hadi fled to Aden last month after the rebels captured the capital. Last week, Mr. Hadi fled to Saudi Arabia.

Voters in France rejected many candidates from the ruling Socialist party in local elections Sunday.

The Socialists lost about half of the councils they controlled to the conservative UMP party led by former President Nicolas Sarkozy and the anti-immigration, anti-Islam National Front party. The results mean Mr. Sarkozy has support to run for the presidency in 2017.

Prime Minister Manuel Valls said the election results showed people are angry that their lives are too difficult. He promised that the government will work harder to improve the country's economy which is the second largest in Europe. 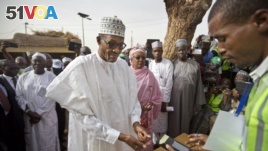 Nigerians are waiting for results from the presidential election.

The country's Independent National Electoral Commission said Sunday that it would begin bringing together vote totals from the 36 states and the capital on Monday.

President Goodluck Jonathan has been in office since 2010. His party has held the presidency since 1999. He is being challenged by former military ruler Muhammadu Buhari.

Millions of Nigerians voted on Saturday and tens of thousands voted on Sunday. There were technical problems, and deadly attacks on voting centers in the northeast by Islamic extremists. Officials from the United States and Britain said Monday there were signs of political involvement in the counting of votes.

U.S. and South Korean forces held a joint military operation Monday near the port of Pohang. It was part of yearly exercises between military forces of both countries.

South Korean military officials said about 7,600 navy and marine troops and more than 30 ships took part in the operation.

North Korea regularly protests the operation. It calls it a preparation for an invasion.

And an Internet writer was killed on Monday by three men in Dhaka, the capital of Bangladesh. Police have detained two suspects. Police say the attackers are students at religious schools.

A police official said the attackers had targeted Washiqur Rahman for his anti-Islamic writings.

Avijit Roy was a well-known Bangladeshi-American blogger who wrote against religious fundamentalism. He was killed in Dhaka last month.

Challenge - v. to invite (someone) to compete in a game, fight, etc.

Preparation - n. the activity or process of making something ready or of becoming ready for something