Some Remote Workers Could Get Pay Cuts

Update Required To play the media you will need to either update your browser to a recent version or update your Flash plugin.
By John Russell
12 August 2021


Some large American companies, including Google, Facebook, and Twitter, are experimenting with cutting pay for employees working from home in less costly areas.

The experiment at the technology companies could set a direction for other large American employers after the pandemic.

A Google pay calculator, seen by Reuters, shows that Google employees could see changes in their pay if they go from working in the office to working from home permanently. Those who move farther away from the office could be hit harder. 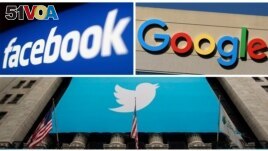 Facebook and Twitter have also cut pay for work-from-home, or remote, employees who move to less costly areas.

Google offers employees a pay calculator - a device or program that permits them to see the effects of a move. But some remote employees, especially those who commute from long distances, could experience pay cuts without changing their address.

A Google spokesperson told Reuters that pay will differ from city to city and state to state, adding that Google "always pay(s) at the top of the local market based on where an employee works from."

One Google employee, who asked not to be identified for fear of punishment, travels to the Seattle office from a nearby area. The employee was considering remote work but decided to keep going to the office - despite the two-hour trip.

The employee would likely see their pay cut by about 10 percent by working from home full-time. That is the estimate based on Google's Work Location Tool.

"It's as high of a pay cut as I got for my most recent promotion. I didn't do all that hard work to get promoted to then take a pay cut," they said. Promote means to change the position of someone to a higher or more important one.

"What's clear is that Google doesn't have to do this," Rosenfeld said. "It's not like they can't afford to pay their workers who choose to work remotely the same that they are used to receiving."

Images of Google's pay calculator seen by Reuters show that an employee living in Stamford, Connecticut - an hour from New York City by train - would be paid 15 percent less if he or she worked from home. A worker from the same office living in New York City would see no cut from working from home. Images showed 5 percent and 10 percent differences in the Seattle, Boston and San Francisco areas.

Discussions with Google employees suggest pay cuts as high as 25 percent for remote work if they left San Francisco for another area of California such as Lake Tahoe.

A Google spokesperson told Reuters that the company will not change an employee's pay based on them going from office work to being fully remote in the city where the office is located. For example, employees working in the New York City office will be paid the same as those working remotely from another New York City location.

Danielle Kaye reported on this story for Reuters. John Russell adapted it for Learning English. Hai Do was the editor.

location -- n. a place or position