Update Required To play the media you will need to either update your browser to a recent version or update your Flash plugin.
By John Smith
09 March, 2017


The social networking website Twitter has put new measures in place to try to stop users from being harassed or from seeing things that offend them.

Some free-speech activists are worried that the changes could lead to unpopular ideas being censored.

The measures were announced last week. They include hiding possibly threatening messages even if no one has complained to the company that the person who sent them is abusive. 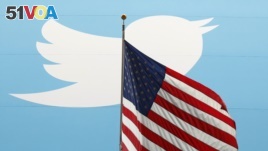 In a statement announcing the change, the company said, "We're working to identify accounts as they're engaging in abusive behavior -- even if this behavior hasn't been reported to us."

The company said it would take action only when it strongly believes abuse has taken place. It uses software to identify abuse.

But some free speech supporters are worried about the changes.

Suzanne Nossel is the executive director of the free speech activist group PEN America. She said Twitter is considering taking action, in her words, "where there is really no problem that needs to be solved. To take action when there hasn't been a complaint raises the concern of whether there will be mistaken blocking of accounts or suspending of accounts," she said. "That raises a risk."

Twitter has been pressured to deal with abusive speech in the past few months after some famous people complained about long-term, planned abuse campaigns.

Actress Leslie Jones left Twitter for a brief time last year after she received many racist messages and death threats. Several months after she met with the head of Twitter, the company announced it had developed new ways to deal with abusive messages.

Twitter also retrained its workers on how to deal with online abuse.

Esha Bhandari is a lawyer at the American Civil Liberties Union's Speech, Privacy, and Technology Project. She told VOA that she supports these kinds of changes, which permit users to have more control over what messages they see and from whom they receive messages.

She said the ACLU encourages companies to focus less on ways it can stop abuse and more "on tools that allow users to control their experience on the platform."

But some tools launched by Twitter give the company a lot of power to decide what messages are seen. In February, the company began hiding what it called "potentially abusive or low-quality tweets." The messages will still be able to be seen, but only if people search for them.

VOA asked Twitter many times for more information on how it decided which messages are "low-quality." Twitter did not answer our questions.

Also in February, Twitter introduced a "safe search" function that removes messages that have "potentially sensitive content" from search results. VOA also asked the company how it identified this kind of message, but Twitter again did not answer our questions.

As a private company, Twitter is not forced to permit free speech. However, spokespeople say the service permits free expression. And they say they believe in "speaking truth to power."

PEN America and the ACLU support this role. Nossel and Bhandari say they consider Twitter a kind of global town square, where everyone's voice has equal weight.

Bhandari said, "As a practical matter, decisions made by Twitter have a huge impact on the messages that we receive, and I hope that Twitter and other companies take those responsibilities seriously."

Nossel noted that Twitter has financial reasons to be careful as it seeks to balance free expression and stopping abuse.

"The power and influence of their platform depends on the free flow of ideas, so I think there are commercial reasons why they would not want to limit (free speech)," Gnossel said. "And I think for their users, they do have a kind of softer, implicit contract that they are going to be a platform in which you can express things freely."

account – n. an arrangement in which a person uses the Internet or e-mail services of a particular company

engage in – phrasal verb to do (something)

encourage – v. to make (something) more appealing or more likely to happen

allow – v. to make it possible for someone or something to have or do something

racism – n. the belief that some races of people are better than others

function – n. the special purpose or activity for which a thing exists or is used

platform – n. something that allows someone to tell a large number of people about an idea, product, etc.

practical – adj. likely to succeed and reasonable to do or use

impact – n. logical and reasonable in a particular situation

implicit – adj. understood though not clearly or directly stated