Update Required To play the media you will need to either update your browser to a recent version or update your Flash plugin.
By Hai Do
03 October, 2018

Chinese officials have ordered "X-Men" actor Fan Bingbing to pay $130 million in taxes and fines. The move ends the mystery over her disappearance from public view three months ago.

Fan Bingbing is one of China's most famous actors. In 2016, Forbes listed her as one of the highest paid female actors in the world.

China's state news agency Xinhua reported that Fan would not be investigated for the crime of tax evasion as long as she pays the taxes, fines and late fees of almost 900 million yuan, about $130 million.

It is a common custom in Chinese show business for actors to make one private contract with high pay and another public contract showing much lower pay. The report said the investigation serves as a warning to all show business performers in China.

Fan apologized on the social media site Weibo.com: "I am unworthy of the trust of the society and let down the fans who love me."

She wrote that she accepts the tax officials' decision and will "overcome all difficulties and raise funds to pay back taxes and fines." The post is her first update on Weibo.com since June 2. 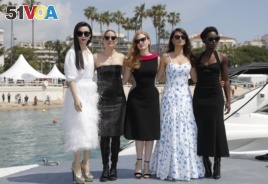 Fan has starred in several movies and TV series in China. She is best known internationally for her performances in the "X-Men" and "Iron Man" films.

Before her disappearance, she was to appear with Penelope Cruz in the Hollywood film "355." She also has a part in the upcoming movie "Air Strike" with Bruce Willis.

The Associated Press reported this story. Hai Do adapted it for Learning English. Caty Weaver was the editor.

society -n. the people of a particular country, area, time, etc., thought of especially as an organized community