WikiLeaks, the Pentagon and the War in Afghanistan

Update Required To play the media you will need to either update your browser to a recent version or update your Flash plugin.
By VOA
2010-7-30


This is IN THE NEWS in VOA Special English.

This week, the website WikiLeaks published more than seventy-five thousand American military documents on the war in Afghanistan. These documents from the Army and Marine Corps included secret reports from the past six years.

Defense Secretary Robert Gates says the problems they describe are not new. But he says their release could harm troops and damage American relationships in that part of the world.

He says intelligence sources and methods will become known, and Afghans who have helped American forces may now be in danger. 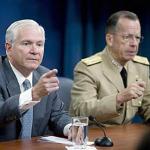 MICHAEL MULLEN: "Mr. Assange can say whatever he likes about the greater good he thinks he and his source are doing. But the truth is they might already have on their hands the blood of some young soldier or that of an Afghan family."

In London, Mr. Assange said WikiLeaks is still examining fifteen thousand more documents. He says the released documents do not include any top-secret reports or names of informants or information like troop movements. 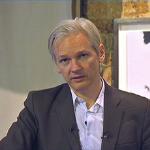 WikiLeaks is a nonprofit organization that publishes documents from governments and businesses. It released the military documents on Sunday. It gave early copies to three news organizations in the United States, Germany and Britain.

The White House is urging WikiLeaks not to not publish any more classified documents about the Afghan war.

In April, the site posted video of an American helicopter strike in Iraq in two thousand seven. That attack killed two Iraqis working for the Reuters news agency.

An American soldier is charged with releasing that video. Army Private Bradley Manning has also come under interest in the latest release of documents. 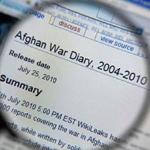 Some of the documents suggest that members of Pakistan's Inter-Services Intelligence agency are helping insurgent groups in Afghanistan.

Pakistan denies that. And Senator John Kerry, chairman of the Senate Foreign Relations Committee, says: "These are not new allegations."

JOHN KERRY: "We have been wrestling with these allegations, and we have made some progress."

But a vote in Congress this week showed weakening support for President Obama's war policy among members of his own party.

More than one hundred Democrats in the House of Representatives voted against an emergency spending measure. It included thirty-three billion dollars to send more troops to Afghanistan.

But the bill passed with strong Republican support. The president requested the money in February and the Senate agreed in May. 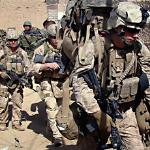 Democrat David Obey, chairman of the House Appropriations Committee, explained why he could not support the measure.

DAVID OBEY: "Military experts tell us that it could take up to ten more years to achieve any acceptable outcome in Afghanistan. We have already been there nine years. I believe that is too high a price to pay."

Sixty-six deaths made July the deadliest month yet for American troops in Afghanistan.

And that's IN THE NEWS in VOA Special English. I'm Katherine Cole.