A Credit Downgrade for Japan, but Some Signs of Hope

Update Required To play the media you will need to either update your browser to a recent version or update your Flash plugin.
By VOA
2011-8-25 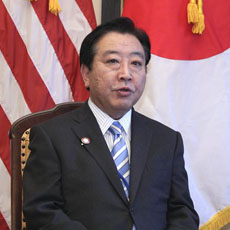 Finance Minster Yoshihiko Noda said trust in the economy "will not be shaken" by Wednesday's action.

Moody's said it acted because of Japan's large budget deficits and buildup in government debt since the two thousand nine global recession. Japan's public debt is twice the size of its economy. Japan has the world's third-largest economy.

Japan struggled more than many other countries after the worldwide financial crisis. This month, Japan said its economy shrank at an annual rate of 1.3 percent from April through June. It was the third quarter of shrinkage in a row.

The earthquake and tsunami in March hurt manufacturing. Shortages of parts led to a big drop in sales and profit for Toyota, the world's top selling carmaker.

Yet the report on the economy was good news. Economists had expected a bigger decrease following the disasters and the nuclear crisis that followed.

But there is concern that a rise in the yen could hurt growth. A high exchange value makes Japanese exports costlier and less competitive. This week, Japan announced a program of one hundred billion dollars in loans to support business spending. The goal is to help weaken the yen and lift economic growth.

Bond traders said Moody's downgrade of Japan was not a surprise. The action had the expected effect of raising borrowing costs for the Japanese government. Still, at about one percent, Japan enjoys the lowest borrowing costs of any major developed nation.

Foreigners hold much of the public debt of the United States and some other countries. But ninety-five percent of Japan's debt securities are held by Japanese, mostly banks and retirement funds.