Update Required To play the media you will need to either update your browser to a recent version or update your Flash plugin.
By Barbara Dash
2012-2-4 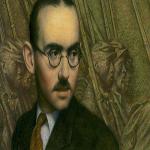 SHIRLEY GRIFFITH: People in America -- a program in Special English by the Voice of America.

Each week at this time, we bring you a story about people who were important in the history of the United States. Today, Doug Johnson and Larry West begin the story of Stephen Vincent Benet.

He was one of the most popular American writers of the first part of the nineteen-hundreds.

LARRY WEST: A young woman once asked Stephen Vincent Benet for his advice on writing. This is what he said:

"I spent my childhood on a series of army bases. If I were writing stories about that, I would have to explain a few things about the army. I would have to give you a sense of being in a world of your own that children have. I would have to show you that it is as natural for an army child to move to a different base every few years, as for a civilian child to grow up in one town."

It was natural for Benet to talk about writing -- and his childhood -- at the same time. For his family and early surroundings shaped his life as a writer perhaps more than usual.

DOUG JOHNSON: Stephen Vincent Benet was born in eighteen-ninety-eight in Bethlehem, Pennsylvania. He was named in memory of his grandfather, who had been a general in the United States army.

General Benet attended the military academy at west point and was an expert on military law. He served in the army before, during and after the civil war. Stephen's father also was an army officer. Colonel James Benet worked on questions of military supply and artillery. Stephen was born while his father was on duty at the Bethlehem, Pennsylvania, iron factory.

LARRY WEST: Stephen Vincent Benet was born into a world of history, poetry and laughter. His parents loved to read. So did his brother and sister, who were much older than he.

The Benet house was filled with books. Stephen's mother and brother wrote poems. His sister supervised his studies. And his father talked to him about history, philosophy and literature. 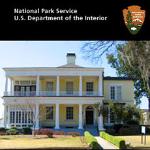 Colonel Benet always could find a kind word to say or a joke to tell. Many years later, Stephen wrote:

My father was interested in everything. And he was the finest critic of poetry I have ever known. He taught me many things about writing....and understanding of others...and independence...and the desire to know things.

DOUG JOHNSON: Stephen's childhood was almost completely happy. He had suffered an illness when he was very young and this left him with a weak heart. But he played tennis and football, and loved to take long walks. His family members were his team players and close friends. Colonel Benet earned enough money to provide the family with everything they needed.

By the time Stephen was eight years old, his brother and sister were studying at universities. They introduced Stephen to their friends, some of whom would become famous writers and artists. These young people took an interest in Stephen, for he was an intelligent boy who spoke well. They began to send him things to

Read: books, and some of their own writings.

LARRY WEST: Colonel Benet's work took him to different places. So while Stephen was still a boy, he lived in the states of Pennsylvania, New York, California and Georgia. He was happy to be able to see some of the places he had read about...places that were famous in American history. In the west, there were the mountains, rivers and towns with Spanish names. In the north and south, there were the battlefields of the civil war.

DOUG JOHNSON: Stephen especially liked the army base in Georgia where he and his parents lived. The base was almost two-hundred years old. All around the buildings, inside and out, were the cannons and other equipment of past battles.

Best of all, Stephen was able to visit the great farms and small towns where little had changed since the civil war had ended in eighteen-sixty-five. He listened to the talk of old southern women who remembered very clearly the years before the war. More than forty years had passed. But the old women and the others made the past come alive for the boy. He thought about writing history.

LARRY WEST: By the time Stephen was fifteen, he was writing almost every day. The summer before he entered Yale University, at the age of seventeen, he published his first book of poems. The poems were political and philosophical. They expressed his thoughts on democracy and freedom.

At Yale, Stephen made loyal friends. He was truly interested in people. He was a quiet young man with little color in his face. He wore round eyeglasses and did not care much about his clothing. His friends tried to improve his appearance. And they tried to show him things that interested wealthy young men at that time. But Stephen liked simple things, and did not change.

DOUG JOHNSON: Stephen worked hard at the university. He became editor of the Yale literary magazine, which the students published. The literary magazine was popular with students and writers at other schools, too. Stephen wrote poems and articles for the magazine, and for a number of other publications. He did this in addition to his school work.

Stephen learned to write very quickly. Often, he would write while attending classes or sitting in noisy coffee houses. This method did not always produce the best writing. But it made it possible for Stephen to produce a great deal of writing. Before he finished his four years of study at Yale, many people had read his poems and stories. 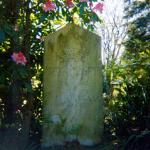 Stephen Benet is buried in the state of Connecticut

LARRY WEST: Stephen was almost twenty-one years old when he left Yale. He no longer wanted to take money from his father, who would soon retire with a wife and daughter to support. Stephens' brother, William, was a successful writer and editor. Yet he did not earn much money. So Stephen went to New York City. In the next two years, he worked briefly in an office. Then he returned to Yale.

The university helped him win an award of money to travel and write. The money gave him the chance to write whatever he wanted...wherever he wanted. Stephen decided to go to Paris.

DOUG JOHNSON: In those years -- the early nineteen-twenties -- many young American writers lived in Paris. Among them were Ernest Hemingway and F. Scott Fitzgerald. Stephen fell in love with the city, and with an American woman he met there. The woman was Rosemary Carr. She was a writer for a newspaper in the American city of Chicago. Stephen and Rosemary returned to Chicago to be married.

The Benets decided to make their home in New York. Stephen had written two books and a great many poems when he was in Paris.

He would spend the next five years writing stories for popular magazines. The stories were not about serious people or ideas. They were stories of the moment...not meant to be remembered.

Stephen began to think back to his childhood...to the way he saw America as a boy. He thought about the history of America, and about its heroes. He decided to stop writing foolish things. He wanted to use his stories and poems to show Americans what was good and valuable in their culture. He wanted to give them something to believe in.

SHIRLEY GRIFFITH: You have been listening to the Special English program People in America. Your narrators were Doug Johnson and Larry West. Our program was written by Barbara Dash. The Voice of America invites you to listen again next week at this same time when we will complete our story of the life of writer Stephen Vincent Benet.

For VOA Special English, this is Shirley Griffith.